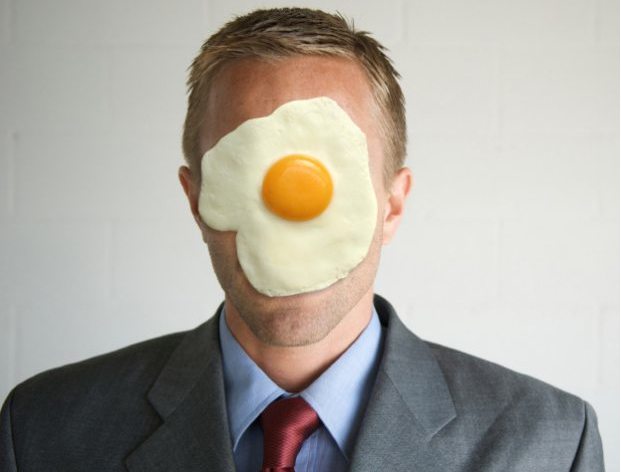 THE FBI HAS SOME EGG TO WIPE OFF ITS FACE …

By FITSNEWS  ||  A week ago, the U.S. government definitively declared that the Democratic People’s Republic of Korea (a.k.a. DPRK, or “North Korea”)
was responsible for a cyber attack on Sony pictures (and related threats of terrorism against anyone who went to see Sony’s new movie, The Interview ).

“As a result of our investigation, and in close collaboration with other U.S. Government departments and agencies, the FBI now has enough information to conclude that the North Korean government is responsible for these actions,” a statement from the Federal Bureau of Investigation read.

In response to this declaration, U.S. president Barack Obama announced that America would launch a “proportional response” against North Korea – because God forbid multi-billion dollar international Japanese conglomerates be asked to defend themselves from cyber-attacks.  Obama appears to have made good on that threat, too, as North Korea’s internet (to the extent it exists) was knocked offline for nearly a day shortly before Christmas.

As we noted, though, computer experts have questioned the government’s version of events.

Well guess what … now a real suspect has now emerged.

According to Politico ,  the FBI has since been informed by a private sector security team that laid-off Sony employees working in concert with hackers were the ones who hacked the company’s website.

“When the FBI made the announcement so soon after the initial hack was unveiled, everyone in the [cyber] intelligence community kind of raised their eyebrows at it, because it’s really hard to pin this on anyone within days of the attack,” Norse’s president told reporters.

So … is the FBI acknowledging reality or continuing to live in its own fantasy world?

“The FBI has concluded the Government of North Korea is responsible for the theft and destruction of data on the network of Sony Pictures Entertainment,” an agency spokeswoman said in a statement.  “Attribution to North Korea is based on intelligence from the FBI, the U.S. intelligence community, DHS, foreign partners and the private sector.  There is no credible information to indicate that any other individual is responsible for this cyber incident.”

Is it just us? Or is anybody else humming the theme to “The Smurfs” in their heads right now?  And yes, both of those abysmal movies were brought to you by … you guessed it … Sony Pictures.

“The takeaway from the Sony/ North Korea/ “Interview” debacle is really quite simple: America’s government cannot be trusted to tell the truth,” we wrote last week.

Yup … and now the Obama administration is doubling down on the “big lie.”