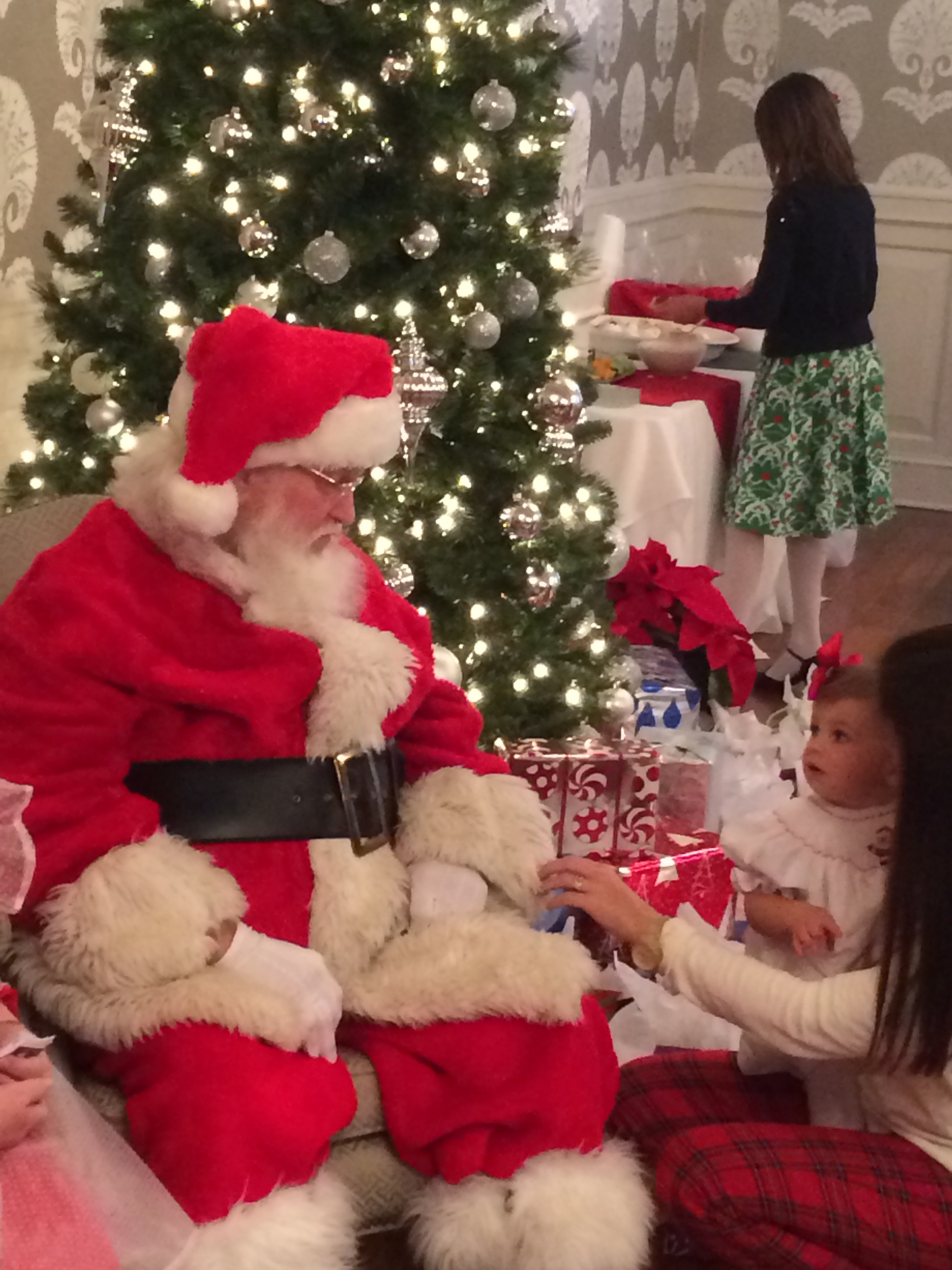 CAN IT BE DONE?

By Liz Gunn || I can’t begin to tell you how excited I am to celebrate Christmas this week. Having a child to celebrate with really does put the magic back in the holiday. You get to relive your childhood Christmases through the eyes of your child, and it is nothing short of awesome!

I have a daughter, who is 16 months old, but I also have five nephews, three nieces and two more on the way in 2015. Christmas has been exponentially more fun since our family began to grow. There is just nothing better than seeing the pure, unadulterated joy on children’s faces when they talk about Santa Claus or when they open an exciting new toy.

With that being said, it sometimes feels like a blessing and a curse. It’s so much fun to see them so excited, but then you also see them open gift after gift after gift. And in the weeks that follow you see some of those gifts collecting dust in the corner. But when Santa, parents, grandparents, aunts, uncles and cousins are all gifting your child – it’s very easy for things to get out of hand.

We’ve all encountered them. Maybe you were one. Maybe you have one. Bratty, spoiled children are obnoxious pests that usually grow up to be bratty, unsatisfied adults. It’s hard on the parents and much harder on the children later in life when reality eventually sets in.

I want to share some ideas that were recently shared with me on this subject and I’d love to hear of any ways that you’re combating this within your own  families. Parenting is hard, but it’s even harder in today’s society where materialism is often glorified.

The first suggestion, one I plan to implement this year as we are now in a position to start our own traditions, is the “Three Wise Men – Three Gifts” theory. It’s so easy to get carried away with over-gifting your kids at Christmas, especially if you only have one to buy for. But this plan suggest that each child get only three gifts from Santa, to represent to the three gifts of the wise men. Not only does it reign in your spending, it also incorporates the real meaning of Christmas into the more secular part.

Another great concept I came across was to create a “Christmas Gift Chore List”, and require your kids to earn money to buy gifts for their siblings, parents, grandparents, etc. This one also does double duty – teaching your children the value of a dollar while getting some extra work out of them. Sounds like a win, win! I’m keeping this one in my back pocket for when my little one is old enough to participate.

One tried and true idea, one that my family participated in when I was little, is getting involved in a way that teaches children the importance of giving back. Every year, we would adopt a family with children near the ages of my brother and me. My brother and I would take one item off of our own list to buy for the children of the adopted family instead. Looking back, this exercise in philanthropy  taught me a lot of different lessons. I learned to be grateful for what I had, because there were so many who had so much less. I learned that giving really can bring you more joy than receiving.

I often struggle with what seems like the “entitlement generation” of children out there. I never expected, nor did I ever get, every single thing on my Christmas list. (And I was taught to write thank you notes for all the ones I did receive.) I know at times it will be difficult and I may often be the odd mom out, but I want to make a conscientious effort to raise grateful, charitable children. I would love to hear your stories about how you or your own parents had success with this, especially during the holidays.