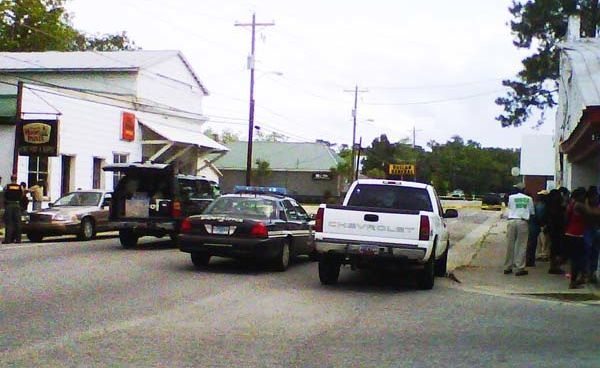 FERGUSON HAS CHANGED EVERYTHING …

How come?  Well, the town recently settled a wrongful death case brought by Bailey’s family for $400,000.  Not only that, a U.S. Department of Justice (USDOJ) investigation concluded last March determined Combs did not violate Bailey’s civil rights.

Yes, yes, yes … Combs is white and Bailey is (or was) black.

But did that matter then?  And does it matter now?

According to our sources, Pascoe purposely “no-billed” a manslaughter indictment against Combs in the aftermath of the May 2011 shooting – which occurred after Bailey stormed into Combs’ office to protest a ticket his daughter had received for a busted vehicle tail light.

Bailey was shot twice in the chest by Combs following a scuffle in the police chief’s office.

According to one of our sources – a prosecutor with intimate knowledge of the case – Combs’ shooting “wasn’t murder but definitely was manslaughter and (something that) should never have happened.”

Pascoe didn’t agree, though, and reportedly pushed a misconduct in office charge against Combs – while working to ensure there was no indictment for manslaughter.

Of course that was before the August shooting of robbery suspect Michael Brown in Ferguson, Missouri …

Now Pascoe – a Democrat who sources say has his eye on S.C. Attorney General Alan Wilson‘s office – has succeeded in getting a grand jury to return a murder indictment against Combs.

“The fact that he deliberately sabotaged the original indictment for manslaughter and now wants the press for a murder rap is ridiculous,” the source told us.

Obviously Combs’ wasn’t “wired” at the time of the incident involving Bailey – so there’s no way of determining definitively what happened inside his office on that fateful day three-and-a-half years ago.   Maybe he did commit murder or manslaughter?  We don’t know …

“Hell No” To Legal Fees In Gay Marriage Case