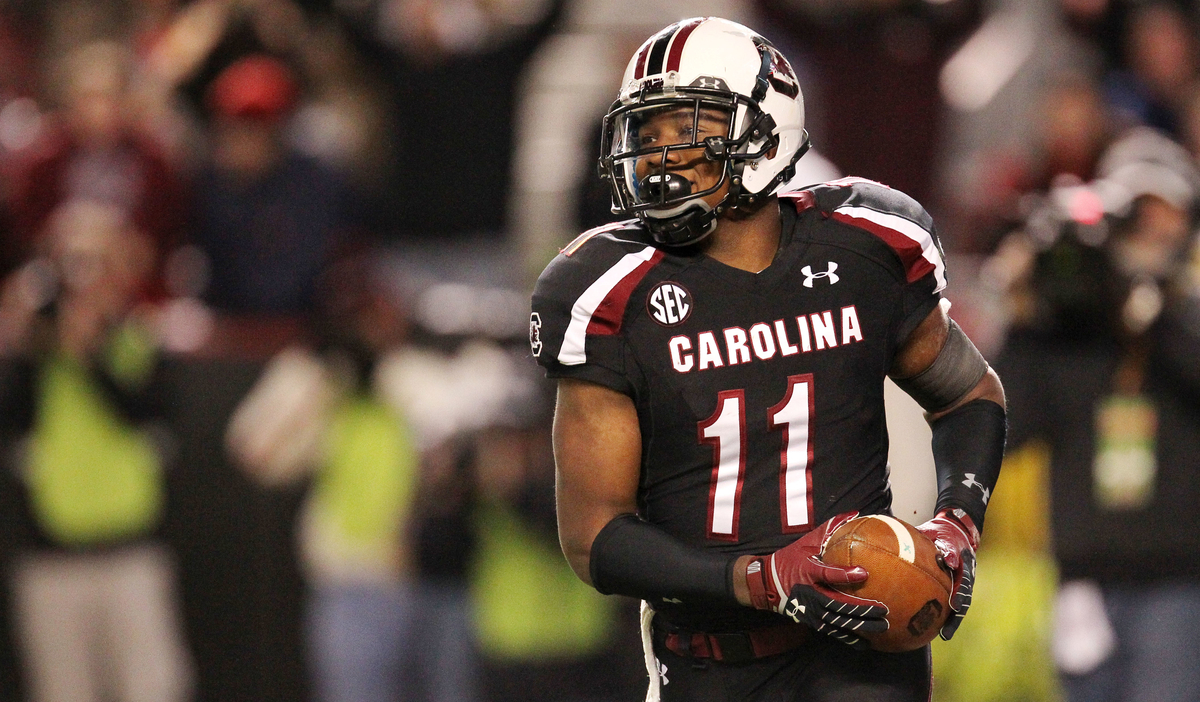 By FITSNEWS || After four years to remember for the University of South Carolina football program, 2014 was a year to forget.  Head coach Steve Spurrier‘s Gamecocks finished the regular season 6-6 – equaling the number of losses the program endured over the previous three seasons combined.

After starting the season ranked No. 9 (and being picked to win the SEC East) they were hands down the most disappointing team in America …

One bright spot?  The play of wide receiver Pharoh Cooper.  A 5-foot-11, 200-pound sophomore from Havelick, North Carolina, Cooper caught 60 passes for 966 yards and eight touchdowns.  He also ran the ball 24 times for another 198 yards and two more scores.

Want more?  Cooper completed 5 of 8 passes on the season for 78 yards and two more touchdowns.  That makes him the most experienced signal caller on the Gamecock roster heading into 2015 … you know, assuming Spurrier can’t convince Ohio State’s Braxton Miller to transfer.

For his efforts, Cooper was named to the first-team All-SEC squad this week .. the only Gamecock so honored.

Props to Cooper … he made plenty of memorable plays in an otherwise forgettable year.  Hell, if we were coaching the Gamecocks, he’d be our starting quarterback in this year’s bowl game.

South Carolina: Most Disappointing Team Of 2014