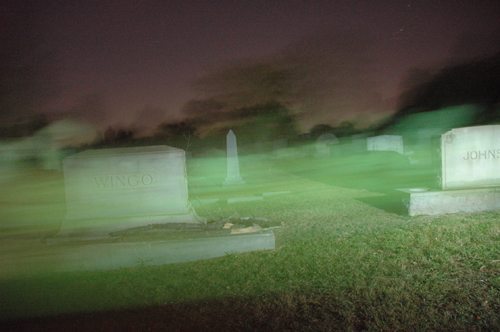 Less than 48 hours after the fraternity’s Clemson University chapter sparked a racial firestorm with its controversial gangster-themed “Cripmas” party, the chapter at the University of South Carolina-Upstate saw one of its members arrested for unlawful possession of a firearm.

The arrest took place in Spartanburg County following a “ritual” at Oakwood Cemetery – with 21-year-old Caleb Cooke getting pinched for unlawful carry.

According to WSPA TV 7 (CBS -Spartanburg, S.C.), a man identifying himself as the president of the USC-Upstate SAE told the arresting officer the students “were at the cemetery to perform a ritual where they bond and talk.”

The officer asked whether any of them were carrying a firearm, at which point Cooke volunteered that he was carrying his father’s 9mm handgun – ostensibly to protect his brothers during their “ritual.”

Cooke has since been suspended by his fraternity indefinitely.

It’s been a rough week for SAE, which also suspended the leadership of its Clemson chapter after their “Cripmas” party was criticized by black students as being part of an alleged “culture of racism” at the school.

Fraternities have been under fire in South Carolina this year after the September death of 19-year-old Tucker Hipps – a Clemson student who died following unsupported fall from a bridge near the school.  Hipps’ death is still under investigation although it’s been alleged hazing may have played a role in his fall.