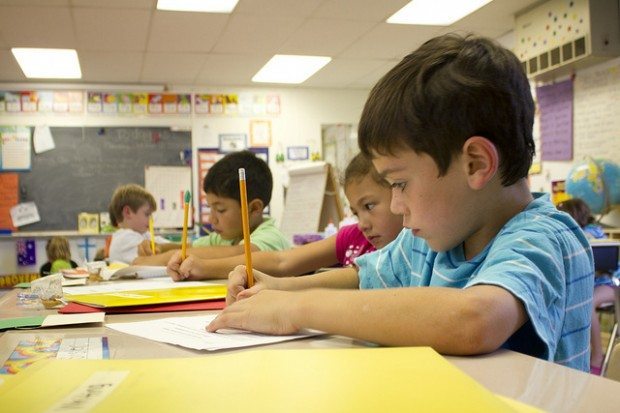 Earlier this month, the cap on donations to the state’s successful special needs scholarship program was quietly reached.  In fact the $8 million ceiling on awards was met with seven months to spare (South Carolina’s fiscal years begin on July 1 and run through the following June 30).

You might assume those working with students in the program would be thrilled – but you’d be wrong.  In fact the ease with which this threshold was attained demonstrates the pervasive demand for choice among special needs parents.  It also demonstrates the urgent need to expand this program – and to broaden parental choice in South Carolina beyond just special needs students.

“It is gut wrenching,” explained Neil Mellen, whose IndependentED.org website has become the homepage for parents, schools and scholarship donors looking to participate in the program.  “An arbitrary and artificial limit is preventing thousands of the most needy and vulnerable children in South Carolina from receiving the instruction and services their parents want for them.”

Indeed … the power of the marketplace is working so well that this first come, first-served program has exhausted its budgetary limitation just five months into the fiscal year.

Through the Educational Credits for Exceptional Needs Children (ECENC), a special class of highly regulated charities were authorized to provide select students with grants to attend credentialed, specialty private schools.  These charities (or scholarship funding organizations – “SFOs”) issue grants of up to $10,000, but average less based on the specific needs of individual families.  The grants can cover the costs of tuition, transportation and textbooks for children deemed eligible to attend state authorized private schools.

We’ve highlighted some of the stories of these inspiring students and schools (HERE and HERE).  And while there is a massive range of disabled students who are served – and an incredibly elective group of schools that support them – a general pattern has begun to emerge.

“The data we’ve collected show students benefiting from the program are a diverse, high-need group of children, noted Mellen, who conducts school, student and SFO surveys. “A thread that runs through a majority of cases is that the student has moved around in the past, often attending more than one public, charter, online or homeschool, as his or her frustrated parents sought the right classroom. A majority of these children also have siblings still at traditional public schools, public charter schools, magnet or public online schools, showing the ECENC families are not sterotyped ‘private school families,’ but rather pragmatic educational choosers and consumers who know what each unique son or daughter needs.”

The successes of the program –not to mention the sympathetic nature of the students it serves– has limited direct attacks on the popular program.  Even some public school teachers and district officials have quietly concede the private school scholarships function as a let-off valve in their high cost special education programs.  Still, those invested in opposing the effort have tried to quietly suggest a fraction of parents receiving scholarships might also be SFO donors.

This “critique” is wrong for two reasons, and simply stupid for another. 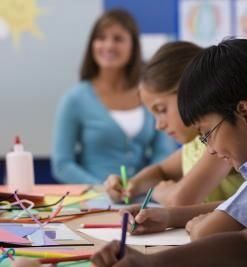 First, the ECENC specifically forbids quid pro quo deals – thus preventing donors from making any move to direct their support to a certain student school.  Since donors are seeking federal deductions and or state credits, they are held to the same “guilty until proven innocent” standards of IRS nonprofit charity giving.  As a former S.C. Department of Revenue (SCDOR) director explained to a group of school principals over the summer, it falls entirely on the giver to prove he was “motivated by detached and disinterested generosity benefiting a charitable purpose rather than expected economic benefit.”

That bar is set very high, covering “the substance, rather than merely the form, of the contribution and related and surrounding transactions.”

These two entities – and another SFO dubbed “Advance Carolina” – use double blind scholarship awarding panels who stick to clear and published criteria for grant awarding among eligible applicants.

More to the point, middle income families whose disabled children attend specialized private schools are – by their own financial sacrifices – saving taxpayers massive sums of money.  While so-called average students represent roughly $12,000 in local, state and federal public funding, those in the public school special education programs can see allocations that double, or in some cases triple that sum.

Providing all parents who invest in their own children’s education with individual credits has long been a goal sought by this site and others.  Merely suggesting that some special needs parents might be giving to charities that serve special needs through ECENC scholarship – and doing it before April 15th when donors begin to formally claim, defend and received their credits – is really an argument to expand school choice, not an empirical or compelling complaint against the ECENC.

Folks actually working on the ECENC are too busy to worry about such things.

“We have an in-house policy of never taking donations from parents whose kids seek a scholarship, or awarding scholarships to students whose parents have given money,” explained Michael Acquilano of the St Aquinas SFO.

Acquilano has spent the last 18 months crisscrossing the state working with schools and families.

“Though the issue has never come up; we focus on serving low-income children and our donors tend to be faith-motivated benefactors who see this as a social justice project,” he said.  “They very rarely have school aged kids of their own.”

Acquilano, like Mellen, downplayed the “achievement” of reaching the $8 million credit limit as some type of intrinsically significant indicator.

“I don’t worry about the cap at all,” he said. “Measuring or evaluating the program by the $8 million mark misses the whole point. Even the (minimally adequate) lawsuit ruling conceded dollars and other quantifiable inputs are basically irrelevant, and certainly not correlated to, student outcomes.  This program is a life changing opportunity for many individual, high-need, children across the state.  Dollars or credits claim may make that happen but can’t ever be the yard stick for gauging something so personal and sacred.”

We’ve been saying for years that one size fits all school with their ever growing budgets and political patronage machines won’t improve and specialize until they are forced to compete.  That’s why the “best” public schools are those in areas with the most accessible alternatives for parents.

But in our view meeting the $8 million cap so quickly is a big accomplishment – one sending a clear signal that taxpayers in South Carolina are ready and eager to invest directly in programs that work, rather than merely dump more money blindly into “the (government-run) pot” and hope something of value trickles back into their community.

When it clearly hasn’t …

Greg Duckworth Needs To Man Up