By FITSNEWS || We read over on The Nerve  this week where newly elected S.C. Rep. Greg Duckworth – a liberal “Republican” from Horry County – is pursuing a pair of libel lawsuits against his political opponents.

Apparently Duckworth didn’t like the content of two letters to the editor published in The (Myrtle Beach, S.C.) Sun News back in the spring of 2012.  The letters – written by Charles Collins and Bren Gibson – accused Duckworth of using his position as a member of North Myrtle Beach’s city council to steer business to his company.

According to Duckworth, these allegations crossed the line from legitimate criticism into defamation.

The freshman representative has a tough case to make.  Per the terms of the U.S. Supreme Court’s landmark Times v. Sullivan  ruling, to win a libel judgement a public figure must not only prove statements made against him (or her) were false – but also that the individual making them either a)  knew they were false or b)  acted with a “reckless disregard for the truth” in publishing them.

Proving either of those two things typically involves getting inside the mind of the individual who made the statements – which is extremely difficult to do. 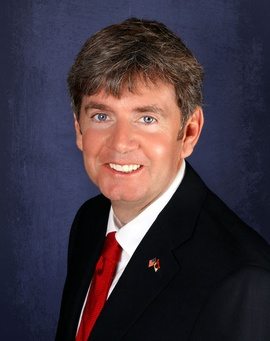 The goal of the ruling?  To keep public officials from being targeted with outrageous smears … while at the same time preserving citizens’ First Amendment rights.

We’re not familiar with the allegations made against Duckworth – or the legitimacy of his lawsuit.

Collins and Gibson’s attorney told The Nerve  his suit was “not only an attempt to suppress speech, but the most important kind of speech – political speech.”

A motion has also been filed to toss the suits, arguing they are without merit.

Whether there’s merit or not, Duckworth’s pursuit of judgments against these two citizens makes him look like a real cry baby – a guy who can’t take the sort of criticism that goes with seeking (and now holding) elected office.

Entering the public arena means people are going to say bad things about you.  Sometimes, those bad things may even be flat out untrue.

But that’s life … and barring evidence of some deliberately egregious fabrication on the part of these letter writers, Duckworth is wasting the court’s time with this suit.

Also, if he thinks he’s going to muzzle legitimate criticism moving forward by being trigger-happy with legal action, he’s got another thing coming.

Related Topics:Greg Duckworth
Up Next