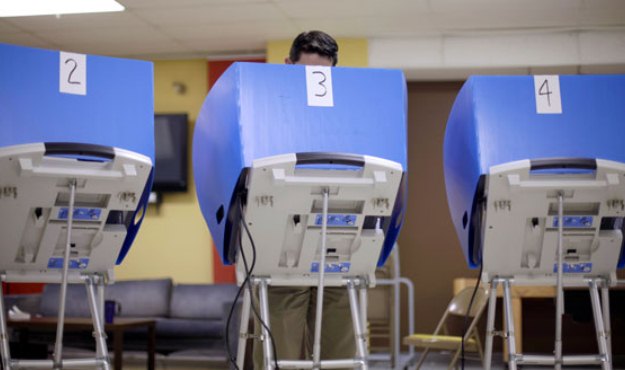 By FITSNEWS  ||  America isn’t a Democracy, it’s a Republic: One in which citizens are decreasingly interested in participating, it would appear.

According to preliminary data from the United States Elections Project, only 36.3 percent of eligible voters cast ballots – the lowest total since 1942.  That’s down from 2010’s 41.8 percent mark, according to the project’s researchers – who hail from the University of Florida.

How to explain this historically low voter participation?  It’s really quite simple …

First, most Americans feel they have no real choice at the polls.  Ours is a country in search of a new leadership option … but that option isn’t there.  Polls show the independent streak among the electorate is a mile wide – featuring all sorts of diverse ideological breakdowns – but neither party is responding to the basic needs being articulated.

And what are those needs?  Well, for starters people want government out of their homes, businesses  and bank accounts (absent a compelling reason) … and our troops out places they don’t belong … a fiscally conservative, socially libertarian matrix that incorporates the GOP’s stated (yet unpracticed) support for less government and more individual liberty and the Democratic party’s support for justice and tolerance.

It’s not just the surging independent voters adopting this basic matrix, either.  Huge chunks of party-line voters are also ready to break off from the two-party establishment in its direction.

These fractures would turn into Grand Canyon-sized chasms … if only these voters had an alternative.

Second, who has time for the lesser of two evils?

People are so busy trying to make ends meet in the “New Normal” two-party America has created they barely have time to vote – let alone figure out which side of the “Heads They Win, Tails You Lose” coin their ballot should land on.

So they stay home …

This problem could – and should – be solved by making Election Day a national holiday, as Richard Manning of Americans for Limited Government recently suggested.  In fact we agree with Manning that such a move would not only increase voter participation – but enhance the legitimacy of the electoral process by reducing the fraud associated with alternative voting methods.

This website has long maintained there is nothing wrong with America that cannot be fixed by unleashing the power of the marketplace.  Hell, our country became the greatest civilization the planet has ever seen because its founders recognized freedom and free markets were indispensable to the protection and preservation of life, liberty and the pursuit of happiness.

Of course it’s now headed into the crapper at the moment because our current leaders – “Republicans” and Democrats – are rushing headlong in the opposite direction.