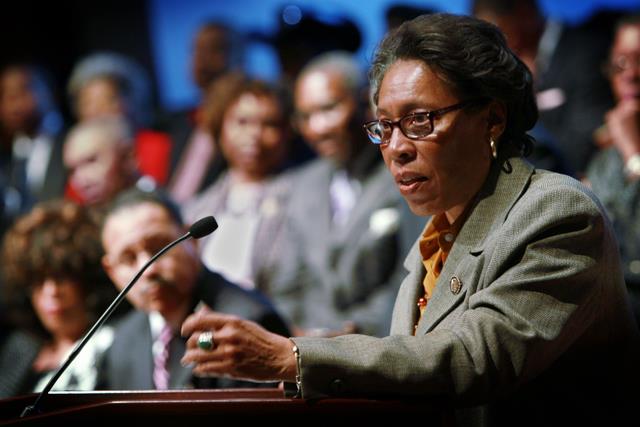 By FITSNEWS || Blacks are not to blame for the Democratic Party’s seismic defeat at the polls last week, or so says Congressional Black Caucus leader Marcia Fudge.

The Ohio Democrat told her hometown paper said pundits needed to “find another scapegoat” in the aftermath of the 2014 midterms – which saw the “Republican” party gain control of the U.S. Senate and expand its majority in the U.S. House of Representatives.

According to her, black leaders did everything they could to mobilize black turnout …

“Our community organizations and churches mobilized to encourage early voting opportunities with programs like ‘Souls to the Polls,’ and African American activists and state leaders stood ready to combat any instance of voter intimidation or fraud,” Fudge told The Cleveland Plain Dealer. “Black elected officials crisscrossed the country to discuss the urgency and importance of this election. We phone banked, knocked on doors and held ‘Get Out the Vote’ rallies. Our losses were not a referendum on African American political engagement. We did our part, so don’t blame us!”

According to early data, blacks comprised 12 percent of the electorate – up from 11 percent in the 2010 midterms but down from 13 percent in 2012, a presidential year.

So … who is to blame for the Democratic losses?

“We lost because our party has, to some extent, lost white Southerners due in part to the race of our President,” she told the paper.

For the millionth time, we oppose Barack Obama and his Democratic allies for the same reasons we oppose most lily white congressional “Republicans” – their shared failure to safeguard our prosperity and our liberty.  White and black leaders of both parties continue to pursue policies that make this country less safe, less free and less prosperous.

Race has absolutely nothing to do with it …