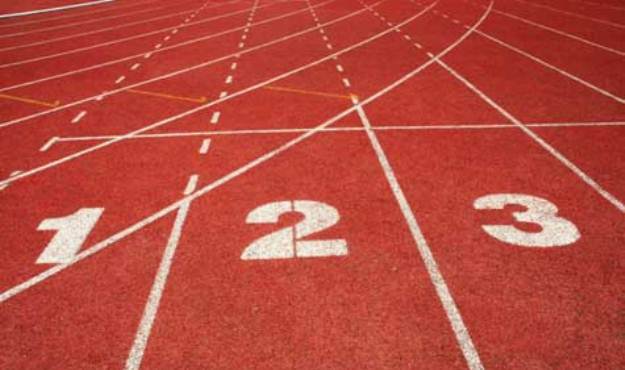 By TAYLOR BROWN || The 2016 race for the White House began November 7th, 2012, when, whether from celebration (for those of you cursed with chronic stupidity) or mourning (those of you blessed with something approaching my level my brilliance) all of us faced the harsh light of day, heads pounding with hangovers in full effect.

Since then, I’ve done my best to forecast what I believe will transpire in the months leading up to November 8th, 2016.  I’ve decided that there will be a three-way split within the Republican Party.  The mainline Washington, D.C. Republicans will push (and fully fund) former Florida governor Jeb Bush’s campaign.  And if it’s not Jeb, the next logical choice for these inside the Beltway folks would be Lindsey Graham.  Seeing as they’ve already burned through John McCain, Newt Gingrich and Mitt Romney, it makes sense that if Jeb or Chris Christie can’t make a go of it they would turn to the guy who likes “white men who are in male-only clubs.”

The second of the three factions will be led by Rand Paul.  Paul will be championed by Libertarians, the “Rawwwwn Pawwwwww!” fanatics, young people and the independent voters who care most about weed and the NSA.  Oh, and black people (maybe).

Finally, the third Presidential hopeful will be Rick Santorum, who will have backing from the Evangelicals, Catholics and other social conservatives. Now I’m not saying that other candidates won’t run, I’m saying these three have the best chance at getting the nomination they so desperately want – because they best represent the three competing spheres within the GOP.

All of this is extremely important to South Carolina, as the Palmetto State is the “First in the South” presidential primary and the state (until 2012, anyway) always “Picked the President.”  If Graham gets tapped by the D.C. insiders, what impact will that have on the race?

Graham won this midterm election by a landslide, but would that “loyalty” follow him in a long-shot bid for 1600 Pennsylvania Avenue?  I think no.  In this election, Graham was challenged by a reality TV star, some no-named candidate and a liberal Democrat.

South Carolina is very pragmatic about the candidates that it chooses (we’ll just forget the Great Gingrich Slip-Up of 2012).

I think South Carolina will almost assuredly go for Rand Paul, and here’s why: Santorum will fight clean, and will fight well, but it won’t be enough to get people excited about him.  Graham will fight hard and dirty, but won’t be able to get excitement or the youth vote.  Rand Paul seems to have some of the same fervor as Paul, the Elder, did/does.  I also think he’s willing to fight dirty – running negative campaign ads which as we all know are terribly effective in this state.

Bigger picture, I think America is too progressive for Santorum, too tired of Graham, and way too smart to elect Hillary (or whatever other cretin the Democrats unleash on America), so that leaves us with Paul.

I guess we’ll all just have to wait patiently to see – a lot can happen in two years.

And the good news for those of you reading this site is that a lot of what happens is going to take place right here in the Palmetto State.