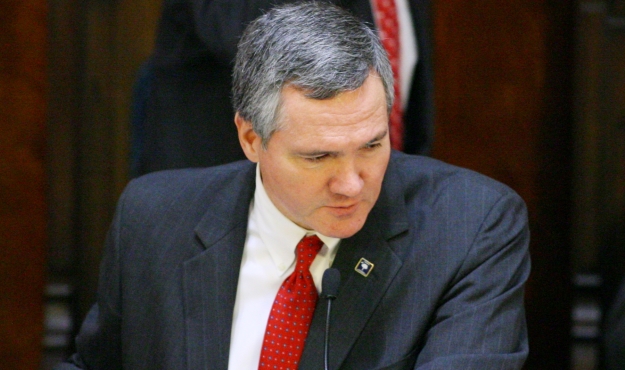 By FITSNEWS ||  South Carolina’s “Republican” election commission has decided to hold a special election for S.C. House District 114 – the seat being vacated by former S.C. Speaker of the House Bobby Harrell.

Harrell resigned his office this month as part of a plea deal related to his public corruption case.  Under the terms of the agreement he is prohibited from seeking or holding public office during his three-year probation.

The commission – appointed by Gov. Nikki Haley – voted to scrap the November 4 election in which Harrell’s name appeared on the ballot alongside that of Democrat Mary Tinkler and Green Party candidate Sue Edwards.  Instead, commissioners will issue an order calling for a special election to be held in December for the seat.

And candidates are already lining up.

Other names may surface in the coming days …

Filing for the race will open next week, with the tentative plan calling for a special GOP primary election on November 25 and a special general election on December 9.  That race would feature the GOP winner against Tinkler and Edwards.

Of course no one is sure what happens if the November 25 primary fails to produce a Republican candidate with more than 50 percent of the vote – because in such cases state law calls for a runoff election.

Once again … everything in South Carolina politics is being made up on the fly.

For her part, Tinkler is suing because she believes the November 4 election – in which she’s now effectively unopposed – should move forward (citing that numerous early and absentee ballots have already been cast).  Democrats are also irate that a “Republican” governor, GOP Attorney General and “Republican” appointed commission reached the decision – which basically gives the GOP a mulligan.

What do we think should happen?  We don’t really care … the race has no bearing on the ideological composition of the S.C. House of Representatives, which has remained under the control of fiscal liberals since the “Republicans” took control of it twenty years ago.

Tim Scott For US Senate