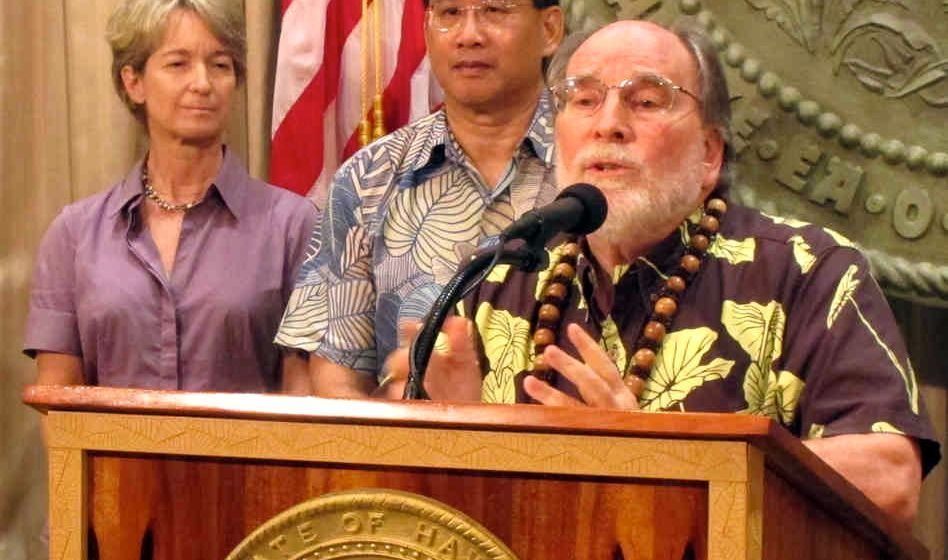 We’ve said it before and we’ll say it again: Government has no business either sanctioning or banning weddings – gay or straight. Obviously it should grant equal protection to all couples when it comes to sanctioning civil unions, but the institution of marriage is the exclusive purview of individual congregations.

It’s a stunningly simple solution … but we won’t ever see it adopted because a) it involves taking power away from the government and b) it is an unacceptable compromise to extremists on both sides of this “debate.”

Anyway, in Hawaii uber-liberal governor (and former U.S. Representative) Neil Abercrombie is firing a major shot across the bow of religious freedom by inserting language into a bill that would force churches to either perform gay weddings or give up the right to lease their space commercially.

According to Honolulu Civil Beat, Abercrombie wants to remove protections in the bill that would keep churches from facing “fines and civil liability” for refusing to perform gay marriages.

This website has aggressively defended gay rights – and will continue to do so. But this effort by Abercrombie to financially penalize churches for exercising their right to oppose gay marriage is highly offensive. It is a provocation – an affront to religious freedom everywhere. It is also why government must stay out of the marriage business altogether … because eventually its leaders start picking sides.

Big Brother (And A Tax Hike): Coming To Your Car?