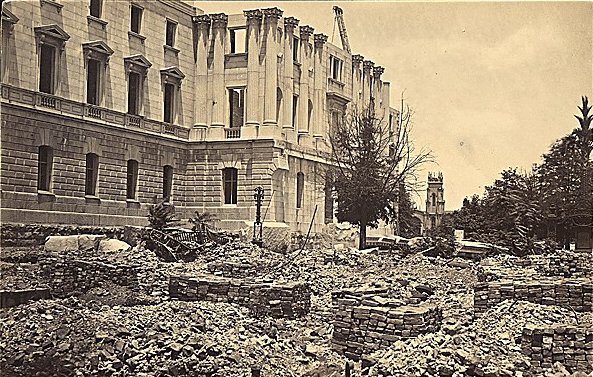 By FITSNEWS  ||  A storm is coming to the S.C. House of Representatives … namely, a corruption sting that will make the 1991 Operation Lost Trust scandal resemble “a handful of parking tickets,” according to one veteran S.C. State House lobbyist familiar with the inner workings of the investigation.

“They are burning down the (S.C.) House.  This is the ghost of William Tecumseh Sherman returning to finish what he started,” the lobbyist added, referring to the alleged destruction of the State House by Sherman’s Union Army curing the Carolinas Campaign of 1865.

Another source in Washington, D.C. who has been discussing the case with prosecutors said the current investigation would make Lost Trust – which snared seventeen South Carolina lawmakers in a sweeping public corruption sting a quarter century ago – “look like a walk in the park.”

This is the fourth time we’ve written about the pending federal probe (previous reports HERE, HERE and HERE) – and each time we write on it, we gather additional specificity on exactly what’s happening.

Here’s what we know so far:

First, we’re told the investigation is federal – with state investigators providing cooperation and assistance “in multiple branches,” an interesting turn of phrase we’ll elaborate on in a moment.

Second, we’re told the ongoing operation has been in effect since January and will yield multiple federal indictments – and that these indictments will be handed down no later than Christmas (i.e. before the start of the 2015-16 legislative session).

Third, we’re told the investigation is very broad but contains at least three main areas of focus – 1) misuse of campaign funds, 2) abusing public offices for personal gain and 3) vote-trading (or vote-selling) tied to the February 2014 legislative election that saw Jean Toal win another term as chief justice of the state’s supreme court.

At the time, FITS reported exclusively on efforts by suspended S.C. Speaker of the House Bobby Harrell – who is currently facing a nine-count state indictment on other corruption charges – to rig the judicial election in Toal’s favor.

According to our sources, Toal is scheduled to be interviewed by federal authorities regarding her knowledge and possible involvement in the plot.

Which would seem to explain the “multiple branches of government” reference.

At least a half-dozen names of other lawmakers have been provided to FITS – but we have yet to receive independent confirmation regarding their questioning.

Worth noting, not all of the names we’ve been provided with are suspected of committing criminal acts – some are reportedly being questioned for purposes of verifying information involving their colleagues.

In addition to these lawmakers, feds have also reportedly been negotiating with a “star witness” – said to be a former Harrell confidante who has intimate knowledge of illegal activity conducted at his direction and on his behalf.

FITS has been provided with details of this confidante’s testimony, but once again are awaiting independent confirmation.

In other words, stay tuned …