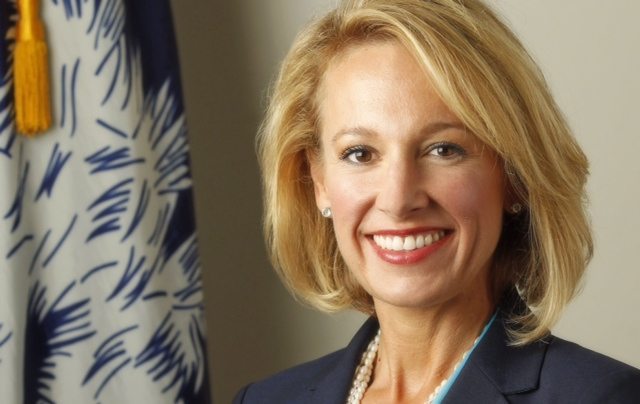 For months this website embarked on a virtual jihad against Catherine Templeton, then-director of the S.C. Department of Labor, Licensing and Regulation (SCLLR).  Seriously … it was brutal.  After that we opposed Templeton’s ascension to the S.C. Department of Health and Environmental Control (SCDHEC), the largest agency in state government.

Well guess what … what didn’t kill Templeton only made her stronger.

Also, since arriving at SCDHEC Templeton has won us over – impressing us with her commitment to cut, not expand, this bureaucracy.

We’re apparently not the only ones impressed by Templeton.

“Templeton is a fast rising star in South Carolina politics and has a proven track record fueling that rise,” said one GOP source who is hosting a meet-and-greet gathering featuring the SCDHEC leader in Columbia, S.C. next week.

Multiple movers, shakers, donors and fellow elected officials are said to be attending the event.

“Templeton literally overhauled (SCHEC) from top to bottom, saving us taxpayers millions from what was once a bloated state agency,” the source said.  “She understands well the need to modernize antiquated government systems and infrastructure, bring it out of the stone age and into the 21st century and pursues that goal relentlessly, with the tenacity that every taxpayer wishes each elected (or) appointed official displayed.”

Templeton is a bit of an enigma in Palmetto politics in that no one is exactly sure what sort of political future she’s angling for … if she’s even angling at all.

We hear talk of her possibly running for Congress (or for governor in 2018), but obviously a statewide campaign would be a long way off … and we’re told that 2018 gubernatorial field will be exceedingly crowded.

Whatever job she aspires to, Templeton has some hurdles to overcome.  First there’s her association with S.C. Gov. Nikki Haley – who will likely win reelection despite less-than-impressive approval ratings.  We don’t see Haley improving those ratings in a second term – especially with the economy continuing to struggle – and Templeton’s opponents will do everything within their power to make the governor’s many failings stick to her, too.

Then there’s a 2013 health crisis that – while not Templeton’s fault – created a steady barrage of negative headlines for her agency.

Can she overcome those obstacles?

Templeton has shrewd political instincts, a brilliant mind for policy and a deep network of well-connected, well-financed supporters.  She’s also (obviously) easy on the eyes … and is adept at forging and maintaining mutually beneficial personal relationships.

Oh, and she’s not ideologically entrenched on either side of the political spectrum – meaning she’s likely to be a hit with the state’s growing core of independent voters.

Anyway, we’ll continue to keep an eye on Templeton in the months to come … as should you.