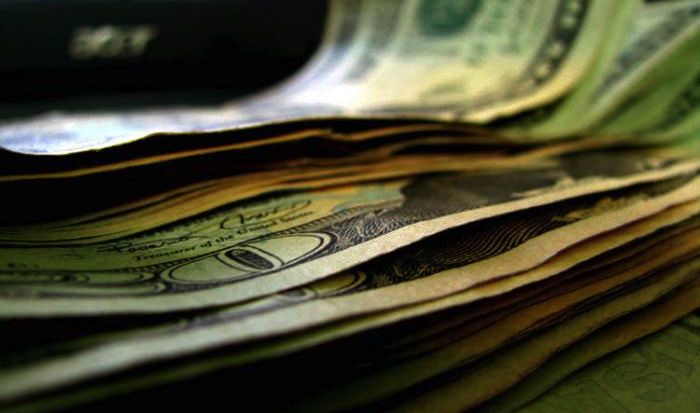 Lexington County, S.C. wants to follow the lead of its neighbor, Richland County, in passing a massive sales tax hike this fall.  Dubbed “Pennies for Progress,” this tax hike campaign – which is being run by “Republican” consultant Chip Felkel – represents the classic big government playbook at work.

First, the county shortchanges core functions of government (like law enforcement, emergency response services, etc.).  Then it plants stories in the liberal mainstream media about how these shortages are adversely impacting public safety.  The only option?  Raise taxes …

Oh, and if that doesn’t work … steal the election.

Nobody’s going to stop them, right?

Here’s the thing, though: Last time we checked Lexington County was sitting on a $65 million surplus.  And that’s after blowing millions of dollars on totally unnecessary crap like a $36 million dollar bailout for the local zoo (which it was already subsidizing along with Richland County to the tune of more than $3 million annually).

Seriously … don’t bitch and moan about slow emergency response times when your government is spending tens of millions of dollars on a friggin’ zoo .

Anyway, what’s especially insidious about the Lexington County tax hike – which seeks to deprive the citizens of the county of more than $400 million – is the open-ended obligation it would place on property owners.

Wait … isn’t this a sales tax hike?  Yes, it is … but there’s a provision buried deep within the “Pennies for Progress” ordinance that would authorize county government to raise property taxes on its residents “in the event such sales and use tax is inadequate.”

Anybody want to guess how this is going to turn out?  No? We’ll spare you the suspense: Sales taxes will go up.  Leaders will still declare the revenue to be “inadequate.”  Then property taxes will go up.  And then a few years later the cycle will repeat itself after all the new money gets funneled away from core functions and into unnecessary government (like the $110,000 the county recently spent planting trees around its court house).

This is theft, people.  Pure theft.

UPDATE II: For those of you keeping score at home, Lexington County is currently sitting on a $75.7 million cash reserve.

Oh, and if that doesn’t work … steal the election.

So the fiasco of Richland county is now written-in-stone course of action for every county looking for a tax increase? That’s quite a stretch.

Finally FITS is on the right side of an issue, not swerving all over the road looking for an idea w/ some relevance. Liberals gone be P!$$#d…they LOVE this Tax.

The zoo probably generates more revenue than it costs.

How can this be accurate when Richland and Lexington County give the zoo $3m per year?

I don’t think it is – finally finished my lesson plans and had time to look at this again – here’s Riverbank’s financial reports: http://www.riverbanks.org/about/commission-financials.shtml
I’ve gone through them a couple of times and can’t quite figure out how to read the “non-profit” report. Page 7 seems to say that outlay is $13.5 mill against an income of $14.6 mill (including hospitality taxes, property taxes etc.)
Take the tax breaks away and the run at a $5,000,000 deficit. Even if it takes some subsidy, I’d say it’s worth it.

As do I. Riverbanks pulls people to the area and God knows they spend money on much stupider things than a zoo.

USC says the economic impact is something like $60,000,000. Riverbanks has had steadily increasing attendance year in and out and last year had 1.04 million visitors, the 5th year over a million. By way of comparison, Zoo Atlanta only had 850,000 visitors.

There are public works that are worthy, fur sure. Glad you are on top of it.

So,they don’t need a tax increase to keep on, keep in’ on?

IF “The zoo probably generates more revenue than it costs” they wouldn’t need ANY county money and they could avoid all the ass kissing that is associated with acquiring money from the county. The zoo is a pit into which money is thrown and from which animal feces flow.

I’m highly suspect of the economic impact claims that these types of things claim. Normally they’re validated by a study that is paid for by politicians that need support for their pet projects. I dare say that the vast majority of the zoo visitors are people that travel from within the area and the actual economic impact is the price of admission. I would be curious to know how many annual memberships they sell. Those are locals and many of those make many visits each year. My sister did that while she lived here and as I recall the annual membership was less than the cost of three visits and she averaged nearly 30 visits a year.

As a professional skeptic, I agree that most economic impact assessments are suspect – this one was done by the Bidness Skool and the Motel, Carwash and High Falutin Football player management program at the Coop.
There was no real reason for them to exaggerate but even if they doubled the real value, that’s a 6:1 return on investment. A million visitors is a lot, even if the

Riverbanks Zoo and Garden is consistently ranked in the top 10 Zoos in the United States, and it generates a ton of money. It’s one of the few actual tourist attractions that we have in the Columbia area. Considering that most of what is being upgraded 40 years old, the 36 million dollars is a good investment.

It’s good now — but it’s about to be better. Riverbanks just broke ground on a $36-million expansion and development project that will create a state-of-the-art seal/sea lion exhibit, a new grizzly bear, and an otter habitat.

“Considering that most of what is being upgraded 40 years old, the 36 million dollars is a good investment.”

So do you have a P&L statement with an amortization to back that up, or does it just feel that way?

You are never going to be able to show a P&L on a large project such as a Zoo, Museum, or Library to justify it financially because operationally these will always be money losing operations or at best break even. The money is worth it in the impact it provides to the community at large. The zoo is a better investment than “streetscaping”, dog parks, planting trees in parking lots, and giving more money to Palmetto 800/Motorola for encrypted radio systems with massive infrastructure requirements, that WILL fail during a disaster.

1 million visitors to Riverbanks annually makes a impact on the local economy, the jobs provided by the zoo, and quality of life improvements by providing recreational activities to the midlands which we generally lack.

So I noticed you gave a “thumbs up” on Colonels post, do you retract your statement now? Or are we back to “it feels good”?

One can tell my area of residence by the screen name.
So why is it if the Conservatives HATE tax so much, each penny sales tax request in Aiken County will pass with a 70% winning vote?
Aiken county being one the “reddest of the red”.

Yep! Cognitive dissonance at its finest.

I was in attendance of the County council meeting when this tax was first proposed. They did not have things they needed money for and so proposed the tax. They proposed the tax first then said they had to form a committee to find things to spend the money on so the voters would go along with it.

Earlier this year, late spring or early summer, the leadership of the Lexington County Republican Party allowed the people supporting the “Pennies for Progress” to make a presentation at one of the monthly meetings. I was outraged to say the least. Here a political party, supposedly sworn to reduce taxes (plank in the party platform), was allowing what to me was as contradictory a presentation as could be imagined to be made. I will not support the current leadership if and when they seek leadership positions this coming spring.

Right there with you. Sign me up when you need help getting rid of them.

You got it right.

(In Taxifornia, this was SOP ten years ago. County g’ments jacking up taxes to pay for shortfalls caused by county g’ment.)

Hoping you don’t mind. We are considering becoming residents of your fair state. We are “from out of town”.

Well, welcome…should you decide to become residents. Maybe you can help cast a vote against this ridiculous “penny.”

Speaking of a penny, maybe we should ask all the politicians if we can reduce their annual salary by a “penny” but actually reduce it by 1%. I wonder how they would feel about that?

Mmmmm … Most politicians and g’ment workers are interested their wages being increased. (This is just as Adam Smith observed and is a fact of life for most.)

“All inflation is caused by government, government prints the money and government can too easily print too much.”

These extra , “it’s only a penny” , taxes are nothing more than a rip off. Politicians repay favors., the well connected get a free lining of their pockets and the tax payer gets screwed. NEVER, NEVER, NEVER vote for a tax increase.

Vote no. Starve the beast or the beast will never stop eating your money.