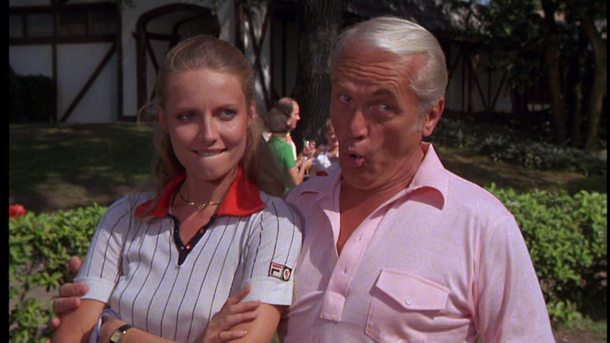 Somewhere, Judge Elihu Smails is rolling over in his grave …

South Carolina’s own version of “Bushwood” – the fictional country club from the movie Caddyshack  – is reportedly on the verge of admitting its first black couple.

We don’t … that’s just what the campaign of “Republican” Henry McMaster is saying in response to a challenge from S.C. Rep. Bakari Sellers.

In a press conference at the S.C. State House, Sellers – a centrist Democrat who is running for lieutenant governor – challenged his opponent McMaster to withdraw from Forest Lake Country Club, the “whites only” club McMaster has been a member of since 1979.

(For our complete coverage of Sellers’ challenge, CLICK HERE).

According to the Associated Press, McMaster’s spokesman Jeff Taillon – a former Nikki Haley staffer – said that Forest Lake Country Club does not discriminate on the basis of race and that McMaster wouldn’t be a member if it did.

Let’s do the math here.  And throw in a basic “tense agreement” lesson for good measure.  There are currently zero  black members of Forest Lake Country Club.  That’s right, zero.  There is one black couple reportedly on a waiting list to join the club (we’d hate to imagine the sort of self-loathing that goes into that decision), although they are not presently members.  Also, while the club has never explicitly excluded blacks via its by-laws – the deed to the property on which it sits contains a prohibition against “negroes.”

Oh, and McMaster has been a member there for the past thirty-five years …