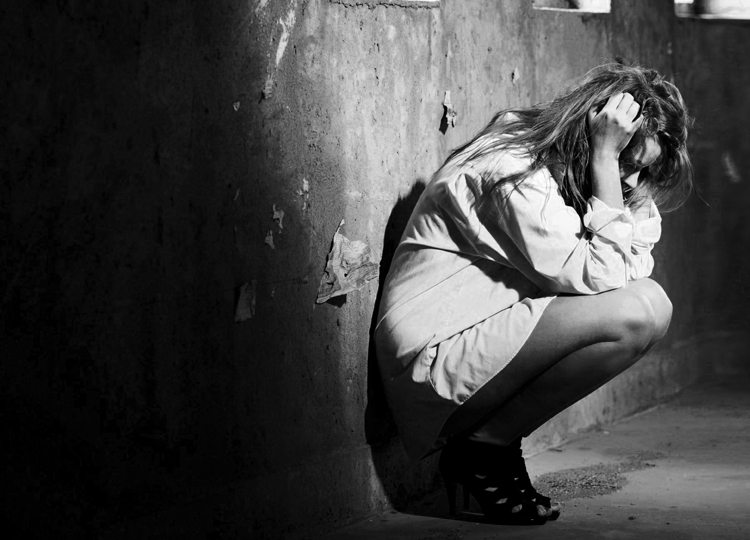 POSSIBLY … IF WE FOCUS ON THE “WHY”

But until it stops, I feel like it will always be worth addressing one more time.  I do not pretend to have the ability to wrap my head around the concept of suicide.  I don’t think many people who have never contemplated it could even conceive of it.

After learning of the death of Robin Williams Monday night – which turned out to be self-inflicted – I took comfort in reading tributes to him composed by his colleagues and friends.  He was so well loved and respected by his peers!  Deep in the comment section of one post, someone shared perhaps the best analogy ever written of what it must be like to consider taking your own life; about how dark a place you must be in for that to ever be an option.

Here is the excerpt I found:

The so-called ‘psychotically depressed’ person who tries to kill herself doesn’t do so out of quote ‘hopelessness’ or any abstract conviction that life’s assets and debits do not square. And surely not because death seems suddenly appealing. The person in whom its invisible agony reaches a certain unendurable level will kill herself the same way a trapped person will eventually jump from the window of a burning high-rise. Make no mistake about people who leap from burning windows. Their terror of falling from a great height is still just as great as it would be for you or me standing speculatively at the same window just checking out the view; i.e. the fear of falling remains a constant. The variable here is the other terror, the fire’s flames: when the flames get close enough, falling to death becomes the slightly less terrible of two terrors. It’s not desiring the fall; it’s terror of the flames. And yet nobody down on the sidewalk, looking up and yelling ‘Don’t!’ and ‘Hang on!’, can understand the jump. Not really. You’d have to have personally been trapped and felt flames to really understand a terror way beyond falling.

I am a critical thinker.  No matter the subject, I am always searching for the ‘why.’  I need to understand why  things happen. For me, reading this was an “a-ha” moment.  I had to share this because for me it finally put it into perspective – shedding a little light on an act that to most seems so unthinkable.  Sadly, the author himself committed suicide at the age of forty-six.  He died in the very same manner Robin Williams did; found in his home by his wife.

On the surface, it’s easy for people who have no experience with depression to assess suicide as selfish or cowardice.  People see it as an escape route.  After all, the person who dies isn’t around to deal with the aftermath.  It’s family and friends who are left behind to mourn and pick up the pieces.  My opinion, for what it’s worth, is that it’s society that is being selfish.

Why does mental illness make people so uncomfortable?  If someone has any other chronic condition like cancer or heart disease, their friends and family rally around them.  They run marathons for awareness.  They talk openly about it at the dinner table, the struggles they face and how it’s affecting their lifestyle, their career, their relationships.  So why is that people battling clinical depression feel like they have to hide it from the world?  If anyone needs for others to be aware of their condition it’s the mentally ill.

Society doesn’t want to hear your sad story.  It makes people uncomfortable.  Could it be because we live in a world where little boys are told not to cry?  To “man up?”  To shake it off?  Where emotions are often seen as a sign of weakness?  No wonder the male suicide rate is nearly four times that of females.

There is a stigma around mental illness and it is unfortunately forcing some people to go it alone.  I have not dealt with depression myself, but many people close to me have.  The thing they need the most is support.  Support is hard to come by when no one wants to hear about it.

There is a big difference in clinical depression and prolonged sadness.  I have certainly dealt with the latter in my life, many times.  Most people have, perhaps over the loss of a loved or the end of a relationship.  It passes and eventually, even though at the time you thought you never would, you move on.  You get back to normal.  Clinical depression, however, is much bigger and much stronger – and doesn’t always have a trigger.  Hence the reason a lot of people who lose their battle with it are the most unsuspecting.

It can happen to anyone, even someone who seems to have it all.

Sometimes it takes a tragedy to bring difficult issues to light.  I’m hoping this will be the silver lining in the loss of one of the funniest people who ever lived.

If you suffer from clinical depression, please talk about it.  Talk to your friends, share your story with anyone who will listen.  Don’t try to go it alone.  Also if you suspect someone is suffering, talk to them.  People struggling with mental illness need to know there is hope.  You never know when you could be reminding someone how much they have to fight for.  Above all, be kind. It’s so easy these days to sit behind a keyboard and spew venom at a complete stranger for no apparent reason other than boredom, a lack of restraint and anonymity.  But words are powerful.  Be mindful of that when you use them.

I’m not saying you shouldn’t passionately defend things you believe in – especially when it comes to important, yet divisive issues – but recognize when things are getting personal.  And more importantly recognize when getting personal crosses the line into needless cruelty.  I plan on keeping the founding editor of this website mindful of that distinction, too – as I think being tactful makes FITS a more effective critic on the issues.

Finally, if you are in crisis don’t be afraid to pick up the phone. The National Suicide Prevention Helpline is 1-800-273-8255 (1-800-273-TALK). Also, if you would like to learn more about the warning signs and how you can prevent suicide, visit American Foundation for Suicide Prevention.

America On Fire: The Latest On Ferguson