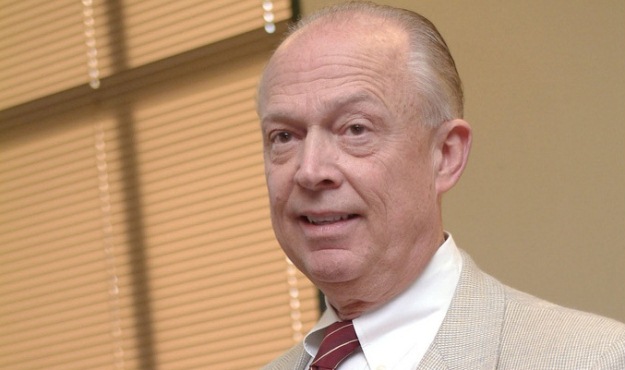 S.C. Comptroller General Richard Eckstrom is a loser of the first order … something this website has extensively documented over the years.

His personal life is an absolute disaster, and more importantly he’s not very good at his job.

During a meeting of the S.C. Budget and Control Board (SCBCB) this week, the scandal ravaged politician weighed in against a $6 million bailout for cash-strapped South Carolina State University – a predominantly black school which is currently facing financial difficulties due to mismanagement and corruption.

Oh, and a brewing national scandal due to its association with U.S. Rep. Jim Clyburn (D-S.C.).

For the record, we also opposed the S.C. State bailout – but then again we oppose taxpayer-funded higher education in general. It’s simply not a core function of government – and South Carolina’s bloated, duplicative system continues to waste money on “economic development” boondoggles.

Cut it loose, we say. Let colleges and universities pursue their destinies in the private sector.

Of course Eckstrom failed to make his case against the bailout on its financial merits. Instead, he launched into a tirade against the school based on the skin color of its attendees. Specifically, he singled out S.C. State students – saying they attended the historically black school because they “can’t get into these other schools,” which he later referred to as “historically white” schools.

In one sense, Eckstrom has a point. South Carolina’s low-income and minority children are falling further behind their peers nationwide – but so are the state’s middle income white students. In fact a report released last year by the Palmetto Policy Forum revealed that low-income Florida students outscored all South Carolina students in fourth grade reading.

South Carolina’s chronic academic woes know no racial or socio-economic distinction … which is further evidence of a failed “one size fits all” government-run education monopoly that continues to produce abysmal results despite receiving roughly $10 billion a year.

Eckstrom could have said all that. He could have also articulated a free market vision for addressing the root problem. More specifically, he could have used the S.C. State bailout as an example of precisely what not to do (i.e. rewarding incompetence with additional taxpayer resources).

He didn’t do any of that, though … instead, he chose to make the entire debate about racial stereotyping.

Of course what do we expect from a “Republican” official? After all this is the party whose former chairman Katon Dawson – a member of a “whites only” country club – was recently tapped as a S.C. State trustee.

Black students in South Carolina are indeed struggling – mightily. But so are white students.

And that problem will never be fixed by dumping more money into failed institutions … because Democrats and “Republicans” in South Carolina have been doing that for decades.