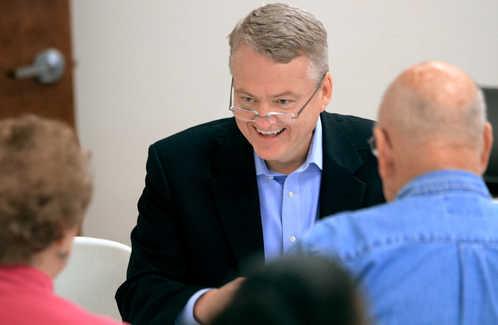 COLUMBIA, SC—State Treasurer Curtis Loftis issued the following statement today after the release of the State’s fiduciary audit by the Funston Group.

“My responsibilities are to the people of South Carolina, not a privileged few who seek total control of the now $28.8 billion pension investment fund. The tough stands I took over the past three years were needed to protect the people’s money. Because I made difficult decisions, the people’s money is safer today,” said Treasurer Loftis.

“I am hopeful the new policies, procedures, and other means of oversight outlined in the Funston Report will allow some members of the Commission to move away from political attacks against me and towards a more productive stance for our retirees,” continued Treasurer Loftis.

“It is important that all parties move forward so that we might further the goals of the State’s retirees. We owe them a transparent and accountable Investment Commission that can safely and efficiently fund their retirements. I have pledged to do that and am making every effort to encourage others to join me in that work as well.”

The fiduciary audit documents important changes that have taken place at the South Carolina Retirement Investment Commission since Treasurer Loftis began pressing for change in 2011. When elected to office, Treasurer Loftis found the six year old organization responsible for $26 billion of pension funds lacking the basic controls required of any successful financial organization.

When Treasurer Loftis discovered this mismanagement of fund he pursued change through normal channels, but his efforts were ignored. Mr. Loftis, using the principles of transparency and accountability, took the issues facing the commission to the public. Thanks to pressure from the people of South Carolina and the General Assembly, the Investment Commission has made important and necessary changes.

The table below represents some the overdue changes made to the plan that were accomplished during the Treasurer’s tenure:

• Recruited additional employees in positions that previously did not exist such as; Director of Reporting, Senior Legal Officer, Senior Risk Management Officer, Operational Due Diligence

• An Internal Audit and Compliance Department was established (September 2012)

• Formal initial due diligence guidelines were adopted and implemented (November 2012)

• An operational due diligence program was established and implemented, which requires review of operations of all new investments (April 2013)

• Revised Governance Policies were adopted by the Commission ( May 2013)

• Implemented a Non-Disclosure Agreement (NDA) with the STO (September 2013)

• Disclosed investment fees by manager in the 2012 CAFR

• All fees were published in the 2013 audited financial statement

Nancy Mace: Where I Stand