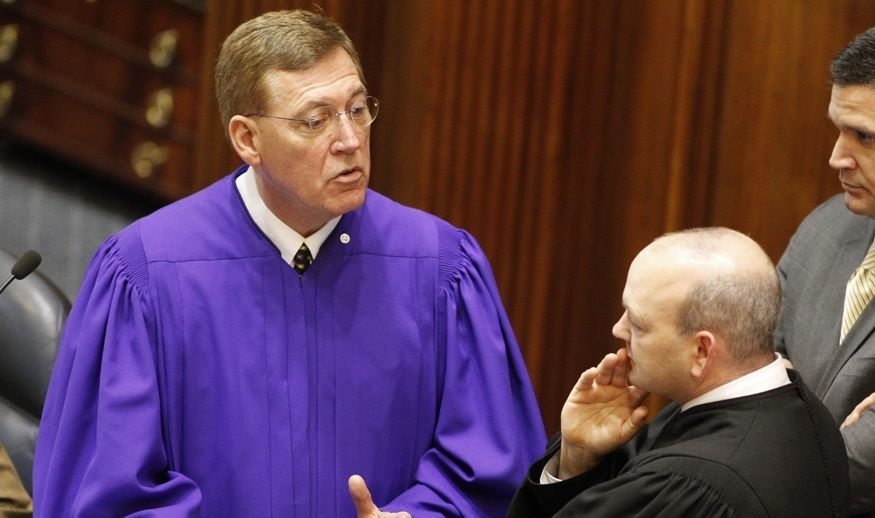 ANOTHER DEAL, ANOTHER SIX-FIGURE GIG FOR AN EX-POLITICIAN

S.C. Lt. Gov. Glenn McConnell (RINO-Charleston) was elected president of the government-run College of Charleston this weekend – benefiting from a furious shakedown of the school’s trustees by powerful lawmakers as well as a last-moment deal with longtime rival, Gov. Nikki Haley.

McConnell – whose, um, “colorful” history made this a tremendously controversial process – was elected to the six-figure post unanimously, a margin that does not reflect the animus associated with his selection.

Embattled S.C. Speaker of the House Bobby Harrell (RINO-Charleston) also made calls on McConnell’s behalf to leery board members – who decided it was better to risk national embarrassment than incur the wrath of the two most powerful members of the S.C. General Assembly.

McConnell was not on the list of candidates recommended by the College of Charleston’s search committee, but the legislative strong-arming won him the job anyway.

Key in that process? An eleventh hour deal with Haley, whose appointees to the board were making McConnell’s life miserable due to the longstanding feud between the two politicians.

According to our sources, Haley’s board members agreed to flip to McConnell’s side in exchange for his promise not to run against the governor in a GOP gubernatorial primary. McConnell also reportedly vowed not to use his resources to assist any candidate running for lieutenant governor against Haley’s hand-picked candidate, wealthy Lowcountry developer Pat McKinney.

In addition to his history as a fiscal liberal who has blown millions of tax dollars on his Confederate obsessions, McConnell has no academic experience.

Decisions get made on the basis of everything except their merits.