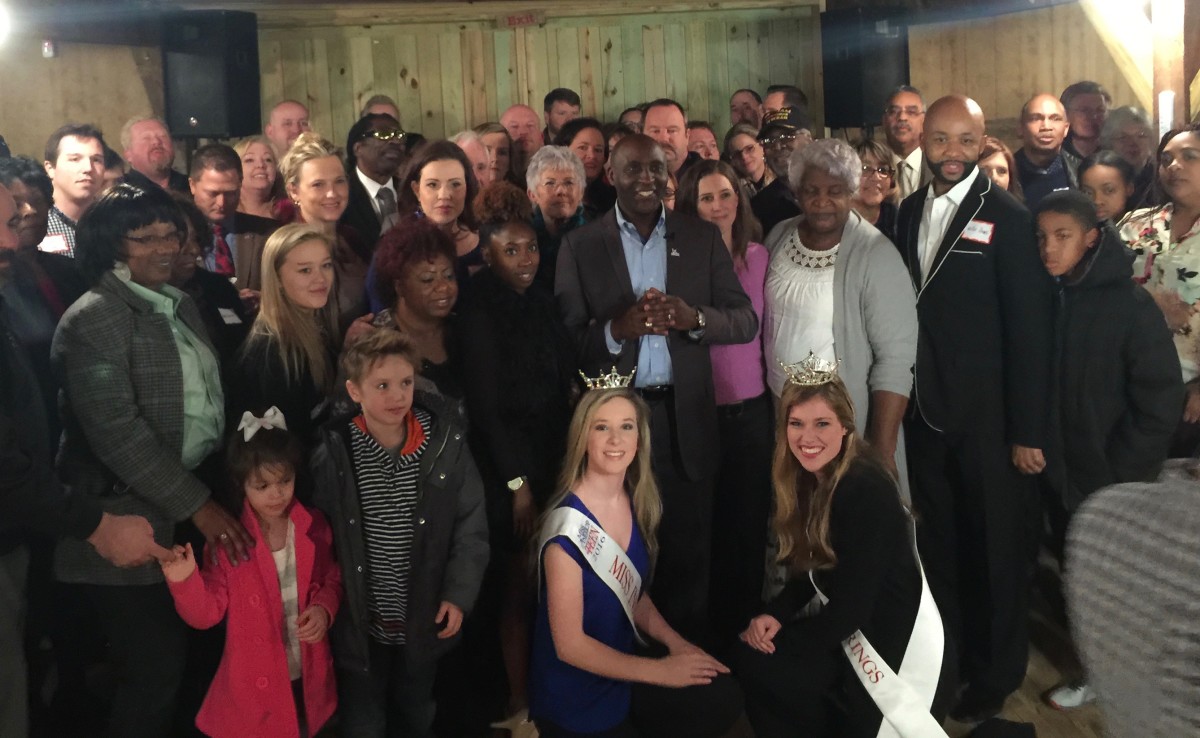 We were told Inman, S.C. mayor Cornelius Huff was going to be running a substantive, credible campaign for the South Carolina Senate against long-time incumbent Glenn Reece … who has represented S.C. Senate District 11 (map here) since 1991.

Judging by the turnout at his kickoff event this week, Huff certainly seems to have a good start on the “credible” front.

A big crowd turned out to hear the black “Republican” candidate launch his 2016 bid against Reece – a liberal Democrat who has inexplicably managed to hang onto a seat in the conservative Upstate region of South Carolina for decades.

Huff apparently gave a good speech, too, citing the need for ethics reform in state government.

The jury is out on Huff’s ideological inclinations as it relates to the bread and butter tax and spending issues that matter to us, but it seems pretty clear he has Reece on the defensive …

“Everyone is saying that he (Huff) is doing a good job as mayor,” Reese told The (Spartanburg, S.C.) Herald Journal. “Why doesn’t he just go and serve in that capacity for awhile?”

The liberal lawmaker also accused Huff of “startling” hypocrisy for awarding him the “key to the city (of Inman) in July” but then “running against me in February.”