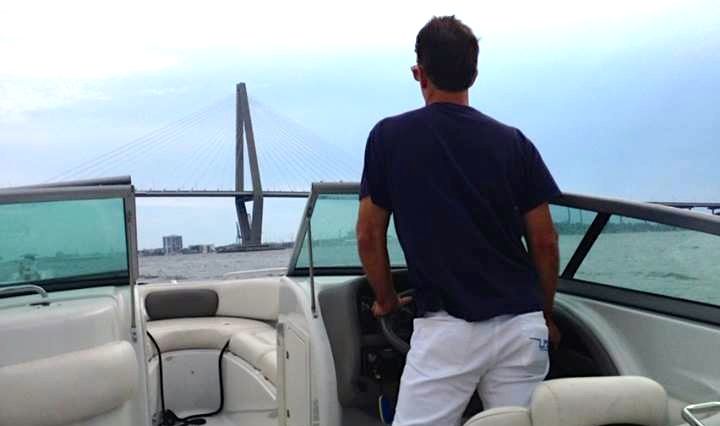 Is this the real life? Is this just fantasy?

Thomas Ravenel – a reality television star with millions of dollars in the bank and very little in the way of a care (or a filter) – is seriously considering running as an independent candidate for U.S. Senate in 2014 in the event liberal incumbent Lindsey Graham becomes the GOP nominee.

“If Lindsey wins the nomination, I will probably throw my hat into the ring,” Ravenel told reporter Schuyler Kropf of The (Charleston, S.C.) Post and Courier.

Political scientists were quick to downplay Ravenel’s prospects … while others wondered aloud whether his statement was contrived as part of the drama associated with his new reality television show, Southern Charm.

No one seems to know for sure … but the guessing game surrounding his prospective candidacy has the state’s power brokers buzzing.

“T-Rav” is a wealthy playboy, of that there is no doubt. And if there were a doubt, the first episode of Southern Charm – which airs on Monday nights at 10:00 p.m. on Bravo – put it resoundingly to rest.

But while Ravenel may be made of money (and full of ideas on how to enjoy his largesse), he’s a staunch ideological opponent of bailouts for himself and his wealthy buddies – railing against corporate welfare and crony capitalism while advocating across-the-board tax relief for all income earners.

He’s also been outspoken of late in support of individual liberty … while decrying the failure of the two-party system to protect either liberties or tax dollars.

All of the above represent winning messages against Democrats AND “Republicans ..”

But is Ravenel seriously considering a bid?

For supporters of Graham, that’s the $7 million question (we’re referring of course to the incumbent’s special interest fed campaign account). Assuming the “neoconservative” warmongering fiscal liberal survives a GOP primary on June 10 and runoff shortly thereafter – which is no guarantee – could he fend off both Ravenel AND a Democratic challenger in the general election in November?

Graham is only drawing 45 percent support amongst Republicans, according to the latest Winthrop University poll. That’s not an especially strong position from which to start running the electoral gauntlet ahead of him.

Not surprisingly, Democrats are ebullient at the thought Ravenel might wade into the 2014 U.S. Senate race as an independent – not necessarily because they want to see Graham lose (Democrats LOVE Graham, remember?) but because they believe his presence in the race could fundamentally alter the demographics of the election.

“He’ll get votes,” one Democratic operative told us. “That’s for sure.”

Another veteran Democratic consultant agreed with that assessment, adding that Ravenel would “receive support from constituencies that otherwise wouldn’t turn out (to vote).”

Ravenel faces major hurdles, clearly. His 2007 arrest and conviction on federal drug charges still looms large – although rather than apologize for his crime (he did apologize for bad judgment), Ravenel has made the government’s failed “War on Drugs” his enemy.

Still, there will be a sizable contingent of voters (especially in the socially conservative Upstate region of South Carolina) who will never cast a ballot for him based on that “indiscretion” alone …

But with potentially millions of dollars to pour into the race, Ravenel has a rare ability to define – and defend – himself via paid media.

And as his prior statewide campaigns have shown, he’s an incredibly effective messenger …