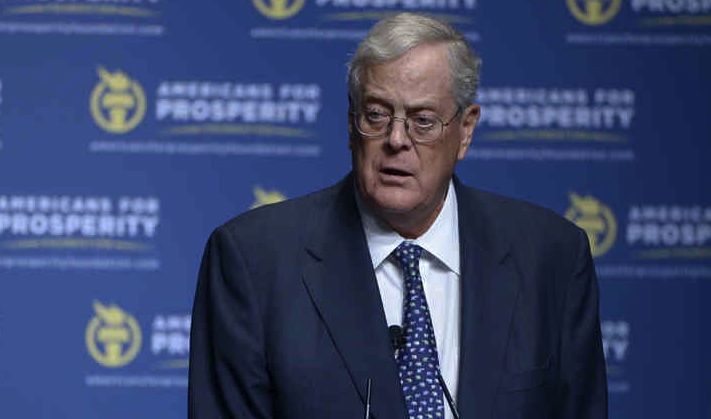 This website has taken a dim view of billionaire industrialists Charles G. Koch and David H. Koch – a.k.a. the Koch brothers. Frankly, we’re not convinced they are anything other than crony capitalists investing a portion of their empire on electing a new breed of establishment “Republican” politicians.

For example S.C. Gov. Nikki Haley is a darling of the Kochs –  dating back to the infamous “Savannah River Sellout.”

Two years ago, Haley effectively killed a private sector port proposal in Jasper County, S.C. (and weakened the competitive position of the government-run Port of Charleston) by ordering her environmental appointees to approve key permits for a government-run port expansion in Savannah, Georgia.

This was a boon to the Koch brothers – who have extensive business interests with the Port of Savannah.

So when the Koch brothers’ political organization – Americans for Prosperity – starts ramping up its political operation in South Carolina in the name of electing “conservatives,” forgive  us for being skeptical.

In addition to its unrequited love for Haley – who is growing government-subsidized medicine in the Palmetto State at a blisteringly unsustainable clip – let’s not forget the Koch political empire endorsed the unilateral surrender to Obamacare last October.

All while grandstanding against the evils of socialized medicine …

Anyway … they may not stand for anything (beyond their own interests) but one thing is clear: The Kochs aren’t going anywhere. In fact according to Politico things are about to step up in “Koch World,” as the brothers “are convening some of the country’s richest Republican donors on Sunday at a resort near Palm Springs, Calif., to raise millions of dollars for efforts to shape the political landscape for years to come.”

The Kochs have already poured hundreds of millions of dollars into political activity, but this year those resources are being retargeted.

“This year, the Kochs’ close allies are rolling out a new, more integrated approach to politics,” reporter Kenneth P. Vogel writes. “That includes wading into Republican primaries for the first time to ensure their ideal candidates end up on the ticket, and also centralizing control of their network to limit headache-inducing freelancing by affiliated operatives.”

In fact we’re told Koch operatives have been assigned to “keep tabs” on various individuals and entities active on ideological “right” of the political spectrum – sort of a private sector “Tea Party snooping” effort.

Nice … and you thought the federal government had the market cornered on that sort of thing?

At this point, we still think there’s an opportunity for the Kochs to demonstrate fidelity to their stated objective of “fostering free enterprise” in America.  But that will require the organization lending their support to candidates and other entities who are actually advancing pro-free market policies – not a new breed of big government “Republicans” like Nikki Haley.