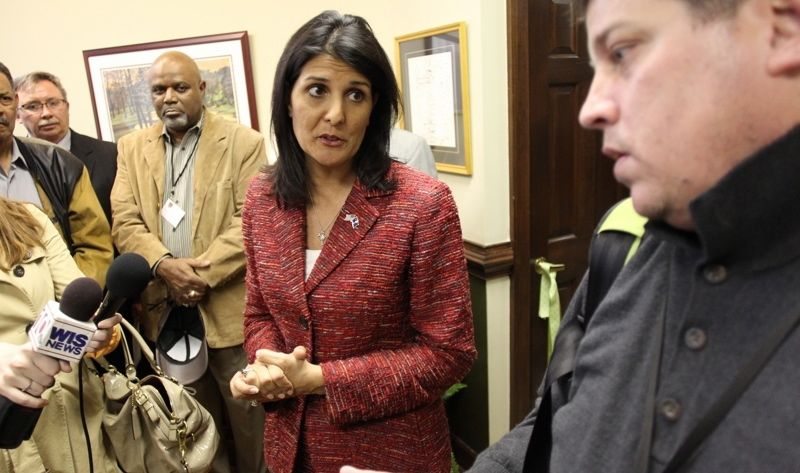 S.C. Gov. Nikki Haley was one of several “rising conservative stars” in attendance at an exclusive Golden State gathering hosted by Charles and David Koch – two of the nation’s most influential “conservative” donors.

And obviously “conservative” is, well, what you make of it …

The Koch brothers’ event was held at the luxurious Renaissance Esmeralda resort in Palm Springs, California – and according to The New York Times it featured a “pep talk” from Charles Koch in the wake of a disastrous 2012 election cycle for the Republican Party (which the Kochs are doing their best to co-opt).

“After years of nurturing a political network and donor base largely independent from traditional Republican circles, the Kochs are planning to substantially increase their involvement in party affairs,” the Times reported. “They have not yet decided whether to intervene in Republican primaries, people involved in the discussions say. But the brothers want their network to play a bigger role in cultivating and promoting Republican candidates who hew to their vision of conservatism, emphasizing smaller government and deregulation more than immigration and social issues. They are also seeking closer control over groups within their network, purging or downgrading those that did not deliver last year and expanding financing for those that performed well.”

Good for them, right?

Sure it is. Unlike a lot of foaming-at-the-mouth “progressives,” we have no problem with the Kochs … they’ve made boatloads of money and they have every right to spent that money on the candidates and causes they believe in. Hell, we probably have a lot of ideological symmetry with the issues they advance.

What we don’t like, though, is when politicians cater to powerful elites like the Kochs at the expense of the people they are supposed to be representing – which Haley did in late 2011 with her infamous “Savannah River Sellout.”

Remember that scandal? For those of you who have forgotten, Haley chose to accommodate the state of Georgia’s government-funded Savannah port expansion project – effectively killing a public-private port facility in Jasper County, S.C.

You read that right … a Tea Party governor chose a taxpayer-funded project in another state over a public-private partnership that would have benefited her own state.

As we reported at the time, Koch Industries – the second-largest privately-held company in America – benefited tremendously from Haley’s decision.