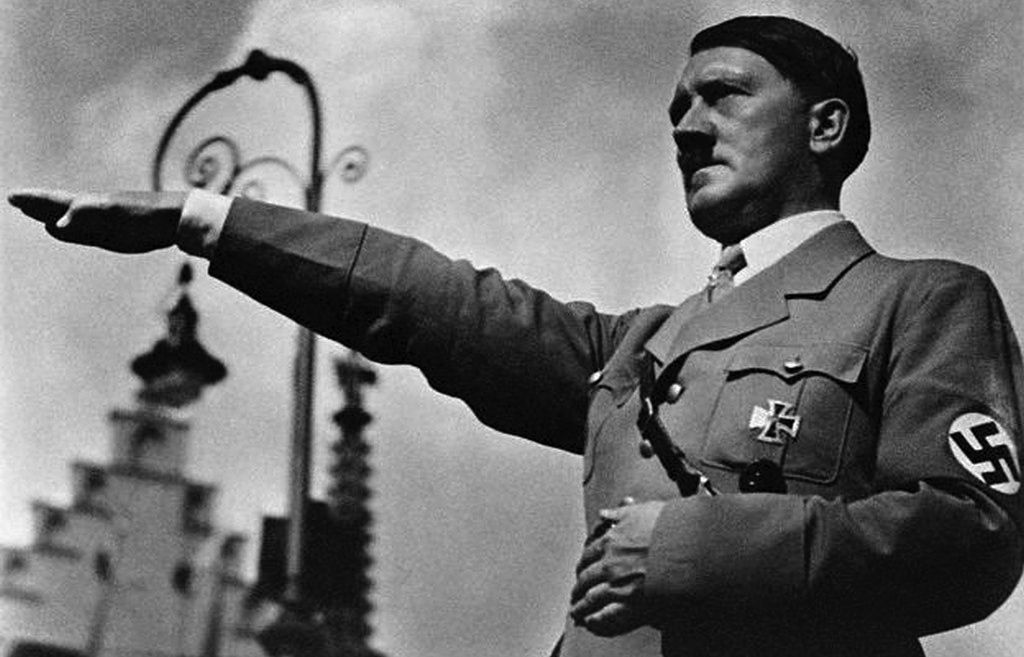 Digital sales of Adolf Hitler’s 1923 manifesto Mein Kampf (or “My Struggle”) are surging on Amazon and iTunes, an interesting commentary on how modern society views history’s most notorious dictator.

“What exactly is going on here?” author Chris Faraone wonders. “Are people reading Hitler on their smartphones and Kindles? Is this what happens when Mein Kampf becomes available in the privacy of our own iPads? Could it be a cultural curiosity much like what’s happened with sleazy romance novels, which surveys show are increasingly consumed in more clandestine e-form?”

“Sales are great,” one digital publisher of Hitler’s book acknowledges, although he adds “I have not heavily promoted the book and decided, for the most part, to let it spread among those who have a true historical and academic interest naturally.”

It’s the so-called 50 Shades of Grey effect … in which people feel less reticent to read digitally downloaded taboo texts (i.e. books they can peruse without the disapproving glares of shopkeepers or fellow patrons at the local coffee shop).

Ready for the irony?  Given the Nazi-esque domestic spying undertaken by the federal government, purchasing a hard copy of Mein Kampf and reading it in the privacy of one’s home would probably attract less attention than a digital download.

Naturally our founding editor has read Mein Kampf.  He’s also read William L. Shirer’s Rise and Fall of the Third Reich, Albert Speer’s Inside the Third Reich and Ian Kershaw’s two-volume biography of Hitler: Hubris and Nemesis.  All of them he owns in hard copy (including first editions of Shirer and Speer’s volumes).

Why? He loves history … and believes it is important to learn from the past.

First published in 1925, Mein Kampf was dictated by Hitler to fellow Nazi Rudolf Hess in Landsberg Prison in the months following the Nazis’ failed Beer Hall Putsch in Munich.  Hilter originally wanted to call the book Viereinhalb Jahre (des Kampfes) gegen Lüge, Dummheit und Feigheit (or “Four and a Half Years of Struggle Against Lies, Stupidity and Cowardice”), but his friend Max Amann suggested the shorter, now iconic title.

The book was edited by Catholic priest Bernhard Stempfle, who as fate would have it was murdered by Hitler less than a decade later in the “Night of the Long Knives.”

“Four and a Half Years of Struggle Against Lies, Stupidity and Cowardice” – isn’t that a glenn beck title?

Take out the phrase “Struggle Against” and it would have been a pretty good summary of the Obama Administration as of last July.

Change that to 8 years and its a perfect title for a book about the Bush Administration.

“Cowardly”? I thought Bush was a reckless cowboy. Now he is cowardly? I don’t expect much coherence from the Left these days, but it would be nice if you could pick one meme and go with it.

I have a boatload of complaints against Bush myself, but he looks like Solomon compared to the ineptitude of Obama.

I never said Bush was a reckless cowboy. I think the war was orchestrated by Cheney to make money for Halliburton and Bush was either an accomplice or dupe. Most likely a dupe or too much of a coward to challenge Cheney.
The real cowardly part came with all the lying and cover up after it became clear there were no WMDs and that the intel used to support the invasion was cherry pocked to eliminate anything that could be construed to say Iraq had no WMD and was not involved in 9-11..
As far as what the Bush administration looks like compared to Obama or any other administration, the only thing that comes to mind is dumb, corrupt, and in the pocket of big oil.
As for ineptitude, we only need to look at the state of the economy when Bush left office.

Nothing like a good conspiracy theorist. I think you forgot the part about Cheney planning 9/11 to drive up share values.

Typical Karl Rove response. Question me and I’ll label you loony or biased. No need to answer questions when you can just attack the questioner. Just like Colon Powell, Richard Clark, Valerie Plame and Joseph Wilson.
Bush was the worst President in 100 years, he was a dupe who got us into an unnecessary war and wrecked the economy In the process. Cheney is just corrupt.
While Obama may not be a great President he is hell of a lot better than what he replaced, and I am comfortable when he leaves office in 2016 the economy will be in better shape than the one he was given. I could only dream of what it would be like if Bush could say the same thing.

Your response was that the VP manipulated the president into a war to make money for Halliburton. That is loony. Especially when Cheney sold his shares and pledged the proceeds to charity on any options he still had available to him after joining the ticket.

And LOL on trying to play the victim when you are the one attacking the character of numerous elected officials and accusing them of engaging in criminal activities (of course using the loose liberal definition of “lie” as anything said by a Republican that turns out to be incorrect).

I read it as part of a paper I wrote in undergrad. Not an interesting read. Would not do again.

Me too.It was boring as Hell.

Communists and National Socialists (Nazis) have much in common.
IMHO, Comrade President Obama is a first rate Neo-Marxist.

Either you missed the memo, or destroyed the e-mail ?

I understand there was a companion piece written by Eva Braun that is extremely hard to find these days. It detailed her struggle with menstrual pain and was titled, “Mein Krampf”.

I am reading (and re-reading) it now. I have a 1939 English Edition, without annoying annotation, etc. (which I found in a 1942 version). [Found it for free, online in MOBI format, BTW.] Okay, I am not too far in, BUT – I must say, his analysis of the characteristics and workings of the German “Social Democrats” (essentially communists) of the 1920s, seem so completely and totally in lock-step in accordance with the United States Democratic Party of the 21st century – it flabbergasting! He is (in this area) spot on with the processes underway then (and now), as to how power is controlled, maintained, expanded, and the masses manipulated like retarded squirrels. Unlike what some have said; I find the writing impressive, conclusive, and in most all respects very well thought out. His style is enjoyable – not at all what I expected! He obviously had a very keen mind and it’s indeed transparent in this work. I sincerely doubt if most 12th graders (today) could possibly understand what was written (in depth) or in the true gravity of most of the implications. Some age and experience on the planet is required! Its definitely covers a spectrum of historical topics and social issues (just as relevant today as they were then); and keeping in mind the tendency of history to repeat itself (in some fashion); a thorough and contemplative read of Mein Kampf is indeed an “education”. Have the courage to read it yourself – YOU decide.