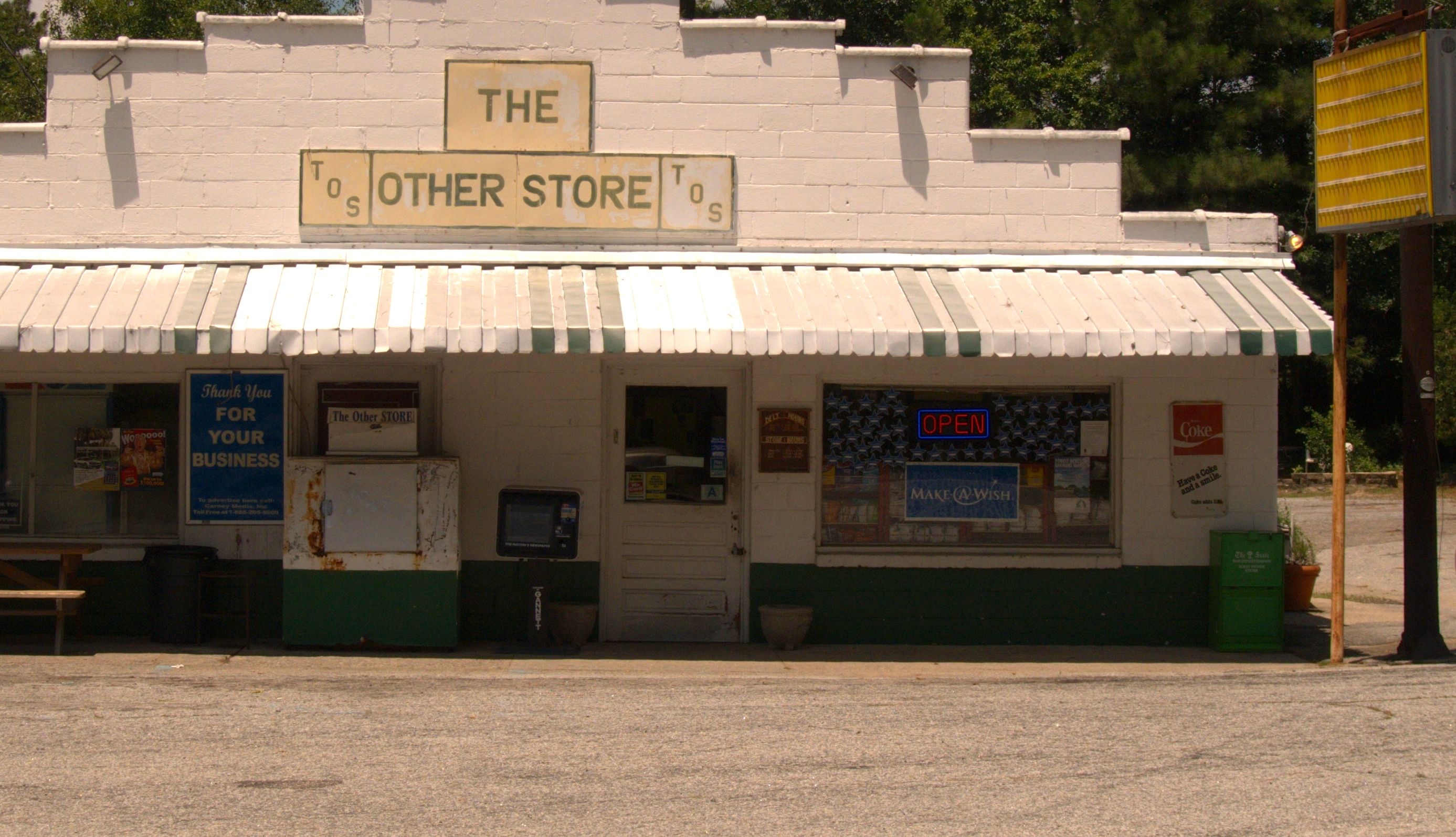 Like my recent piece on Detroit, this closer-to-home entry is another item that’s been on my list of stuff to write about …

Over the Christmas holiday, one of my kids participated in a concert at his elementary school – and did a damn fine job if I do say so myself.  After the show was over, I decided to reward him for his hard work with a treat from a nearby mom-and-pop convenience store.

I love giving my business to non-corporate, non-chain establishments … and this particular store has always had my admiration owing to a proclamation on one side of its 1980s-era marquee that reads “The Supply of Government Exceeds The Demand.”

Unfortunately, what should have been a Norman Rockwell moment of tousled hair and soda pop bottles cracking open quickly went south … becoming a sad commentary on our country’s lurking dystopia.

After my boy had selected his beverage and treat of choice (a Coca-Cola and some neon string-looking sugar-coated candy), we approached the checkout counter – where the cashier was engaged in a friendly conversation with two customers about which lottery tickets they should buy.

While I’m a “no patience, no prisoners” kind of guy on this website, in real life I am incredibly demurring.  I don’t huff and puff while waiting in checkout lines, and I always treat servers and cashiers courteously – even if they provide terrible service.  As the modern American customer goes, I’m pretty much a pushover.

I wait quietly, in other words …

With this outlook on consumerism in mind I sat there with my son for thirteen-and-a-half minutes while these two customers repeatedly purchased – and played – the games of the South Carolina “Education” Lottery while standing at the checkout counter.  And while the cashier took note of my son and I throughout this process – he not only failed to accommodate us, he actually sat down on a stool and joined the two lottery customers as they engaged in an extended conversation regarding which games they should play, what the odds of winning were and what each one of them would do with their winnings.

Ordinarily, I never would have stood around and waiting that long … after five minutes or so I’d have quietly put back the items I was planning on purchasing and left the store without comment (letting my money do the talking).  But my kid had done such a good job on his Christmas concert – and I had promised him we would stop at this particular store and get him the very specific neon string-looking sugar-coated candy he coveted.

So there we stood … my son doing his best not to eat his arm off and me doing my best not to lecture the imbeciles ahead of me regarding the futility of their enterprise.

Eventually (again, after thirteen-and-a-half minutes) the two lottery players finally ran out of money and departed the store … dejected.

Needless to say, this store isn’t going to be getting any of my business anytime soon … and my son, who used to always beg and plead for us to go inside on the ride to school each morning, hasn’t mentioned the place since.

This website has been highly critical of the South Carolina “Education” Lottery.  Implemented a decade ago, this scam was sold to voters as a new funding mechanism for our state’s failing government-run schools – although the money it generates has instead been routed to a host of other boondoggles.  The Lottery’s director – Paula Harper Bethea – has also been linked to some pretty shady slush fund activity in her dual role as head of this agency and the “economic development” grant agency she oversees.

But this isn’t about any of that – nor is it about the hypocrisy of state government running a gambling racket at the same time it cracks down on private sector gambling.

No, this is about simple choices in the marketplace … the ability to “vote” with one’s wallet or pocketbook on the basis of whatever determining factor you deem appropriate.