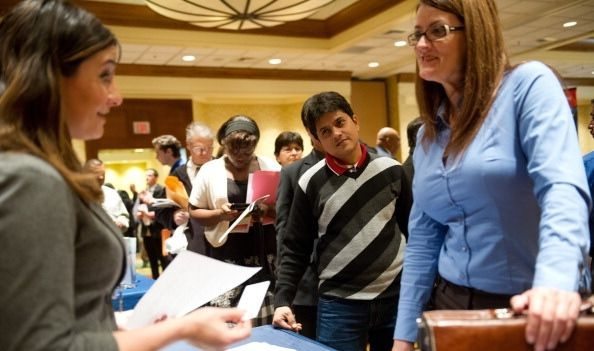 More than 1.3 million Americans will lose extended unemployment benefits this week – more than five years after former U.S. President George W. Bush approved this “emergency” measure.  Hundreds of thousands more will lose these benefits during the first half of 2014.

Ironically, the curtailing of these benefits will likely result in a massive drop in the size of the U.S. labor pool (these workers are counted as part of America’s workforce) – creating another artificial drop in unemployment.  For those of you keeping score at home, America’s workforce has been hovering at or near 35-year lows for months.

And the smaller the labor force, the lower the unemployment rate goes … (like we said, ironic).

Supporters of the program say the extended benefits are still necessary.

“The evidence is that people who want work can’t find it,” one liberal Washington, D.C. think tank leader told Bloomberg.

Wait … what about the “recovery?”  Aren’t happy days here again?

Opponents of the extended benefits – including this website – argue they incentivize joblessness, keeping workers on the government dole as opposed to applying for one of America’s estimated four million available jobs.

“Neglecting to extend this vital lifeline to millions of workers is simply immoral – an abdication of our obligation to do what we can to support those who worked hard, played by the rules, and lost their jobs through no fault of their own,” former U.S. Speaker and House minority leader Nancy Pelosi said.

U.S. President Barack Obama has also called for the extended benefits – which range between $500-$1,200 a month – to be restored as soon as Congress returns from its Christmas break.  More than $225 billion has been spent on this program over the last five years – and Pelosi and Obama want to add another $19 billion to the pile.

Taxpayers cannot perpetually subsidize dependency with borrowed money. And while anti-free market policy makers like to cite studies showing the positive economic impact of extending these subsidies, they neglect to factor in the long-term costs of such unsustainable borrowing.

How The Government Hacks Your iPhone