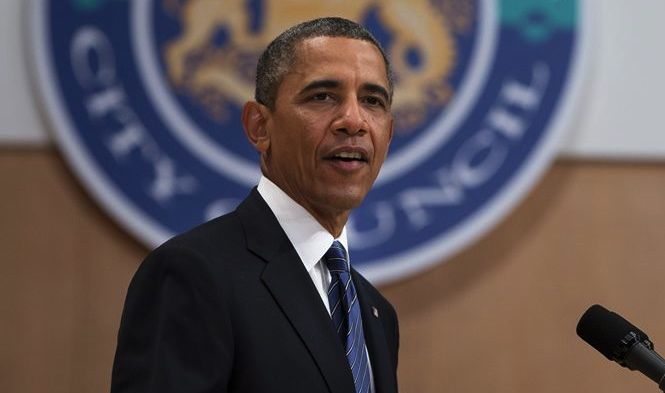 U.S. President Barack Obama’s popularity is in the tank … while Pope Francis, the new leader of the Catholic Church, was just named Time Magazine’s “Person of the Year.”

According to reporter Kathleen Hennessey of The Los Angeles Times, “when a White House speechwriter turned in a draft of a major speech on economic policy this month, President Obama sent it back with an unusual instruction: Add a reference to the pope.”

And so the final version of Obama’s speech included this quote from Pope Francis: “How can it be that it is not a news item when an elderly homeless person dies of exposure, but it is news when the stock market loses 2 points?”

Like “Republican” George W. Bush, Obama has done everything within his power to bail Wall Street out of its bad decisions – sticking the rest of us with the multi-trillion dollar bill.

Obama had a chance to change the Federal Reserve’s policy of printing money for Wall Street at the expense of working Americans, but he choose not to.  In fact he renominated big government interventionist Ben Bernanke for a second term as Fed Chair – and recently named another interventionist as his successor.

Gotta “spread that wealth around,” ya know?

Similarly, Obama had a chance to pump more money into the economy on numerous occasions – but instead opted for a failed bureaucratic bailout (part of $5 trillion worth of deficit spending).

Now this guy’s teleprompter … errr, speechwriter … wants Obama to lament the plight of the very people his administration has screwed over (while taking a pot shot at the people he has bailed out)?

Oh well … luckily for Obama most of the sheeple aren’t paying attention.