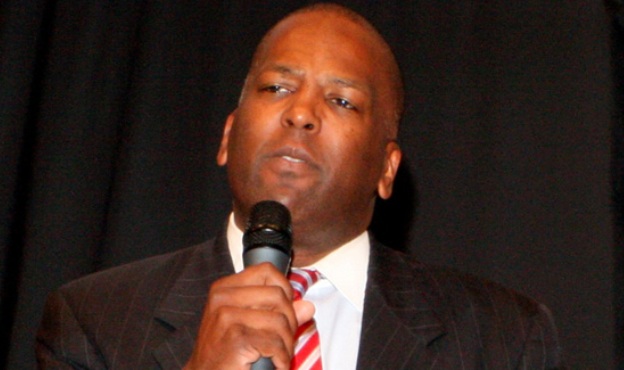 Since the River’s Edge scandal hit the news everyone has been asking “Who?” “What?” And “How Much?” Former S.C. State trustee Jonathan Pinson and Columbia, S.C. mayor Steve Benjamin were business partners in the River’s Edge project. Benjamin’s name has not come up publicly in any indictments, so far, according to news media. The big question is: If Benjamin has unlawful involvement, will it be exposed? Or are there great political and judicial forces that will keep any involvement from coming to light?

And the public still asks why.

Look at the amount the city paid for infrastructure costs for River’s Edge. Look also at the number of units, and divide the cost by the units. That is how much tax money you spent per unit, and that money was borrowed.

Benjamin sold his share and then two days later filed to run for mayor. There has been a persistent, nasty rumor that Benjamin promised former mayor Bob Coble that if council approved and provided the infrastructure improvements, he would not run for mayor. I have tried hard to track the truth to this, but those well connected in this town will not speak publicly, only privately out of fear.

The city employee in the Pinson indictment is rumored to be the former head of Columbia Community Development. According to inside sources, the door to this person’s office was always locked whenever the person was out – yet no other doors for were locked for other important officials. In addition, inside sources say that one person hired to oversee city development funds was threatened by unknown sources if he continued to attempt to bring errors to light.

Finally, the “Jody, grow up” comment made by Benjamin to a WIS TV 10 reporter Jody Barr reassures the public of neither transparency nor accountability – both promises by mayor Benjamin during his election campaigns (and part of his “strong mayor” pitch). It also does not reassure us of his innocence. Would it not be better to wait until this matter is over, and then vote on “strong mayor?”

And what happens then if guilt is found?

Got something to say? Send your letter to FITSNews.com via email. Anonymous submissions are welcome, too.

WHO BOUGHT THE NOTE FROM NBSC…THAT IS THE QUESTION!

There’s so much smoke around Lil’Stevie that there simply has to be a fire in there some where. You’ve promised us some stainless steel cufflinks 2-3 times, come on Will, put the damn book down and start digging – you can always finish your memoirs later.

Reginal B Barner, Sr President/Ceo The Barner Group , LLC out of Aiken , SC

Reginal Barner is just the registered agent for VRE II LLC which bought the property in June of this year. That doesn’t mean he is the owner. He runs a consulting firm for affordable housing deals. Still don’t know who the actual buyer/investor is. The public has a right to know since we put our money into this boondoogle, our Mayor was involved in it, and he now refuses to answer any questions about it after saying that he “welcomed any scrutiny into my conduct regarding the Village at River’s Edge.”

The financial backer for Reginal Barner is some NFL player from Charlotte, I think. I forget his name, though.

Reginal, an African-American, also serves on the board of Wachovia Bank, the Aiken Chamber of Comm., and the Federal Home Loan Bank of Atlanta, to name a few. For 15 years, he was the CEO of the Aiken Housing Authority. He

According to Sec. of State, Barner is the registered agent for about 25 companies. Red flag.

Did they buy the loan or just satisfy it and then walked away? I seriously doubt they wanted the POS project or is there some other pay back?

Even though one of my best and dearest friends I.S. Leevy J has gone public opposing the Benjamin’s strong mayor endorsement, we still love and protect Steve. I will do all I can to protect his corrupt ass because he has done what he said he would do for us in the local white Democratic Party elite. The little thing with servant Bob Coble is long gone. Keep voting for me, blindly loyal Democrats, and I will protect you.

There is a snake, or den of snakes in the Gen. Ass.! Toal is an ultra liberal Dum o crat; yet, the Re pubic cants have elected, re-elected and catered to her from day one. Could there be a little Quid pro Quo, rat in the pantry, scratch my back and I’ll scratch yours, show me yours and I’ll show you mine, hanky panky, illicit deal making going on? Oh never in our Gen. Ass, or our Queen Govs. office, or Att. Gens. little Napoleons office, little Hitler’s SLED?
If the truth were known, me feels all of the above!

I see where His Highness is calling a press conference, today. I can hear it now:

“Give me more power and make me your king! While you are at it, do away with elections for mayor since you fools will vote me in as long as I want to be here, same as you did for Bob Coble for twentysomething years. Save me the trouble of running for re-election so I can tend to lining my pockets with crooked deals, er, the business of the city, I mean.”

He had a disgusting but well placed ad at the end of last nights NFL Bronco/KC game. He seems too dumb to be doing this himself, he must have a fairly talented staff of jackals around him.

Fact is: If Haley big ass is backing a strong mayor, It’s all I need to know.

10-4!!!!
Haley, Benjamin, Toal, Obama, Wilson all need to go!!! With about 90% of the others in Columbia and Washington.
Saw Haley at the Clemson butt kicking game! Had more security and Law Enforcement around her than Obama has. She was acting like the Queen she thinks she is! I guess she wanted to act like royalty in the box and make sure she had enough peasants (security) around to fetch drinks, food and run errands for her friends! Mrs. BIG SHOT!
I lean Republican and voted for her before. It was a very dumb and huge mistake!
We need to send these important feeling self servers home for good.

Yep! If you have any trouble in casting a vote for anyone other than her, just remember how she and her cronies buggered up your pension plan.

Hey Nikki, heard Lane Bryant is having a sale. Maybe you should check it out.

Thanks for pulling the threads together, Joe

Benjamin is carpetbagger from NYC, resides in Elgin and not Columbia (excluding his downtown “dwellings”), played the lying game and duped both Dems and Pubes, used the race card in his elections for USC class president and mayor, murdered a woman as his first post election public act, avoided any investigation or accountability of said incident and saw the replacement of the police chief, has continued to avoid public scrutiny of his public-private business deals, and grows ever larger violating the public teat.

T-Bone is the figurative lovechild of a Nikki-Obama affirmative action gone terribly wrong.

The policy council could call for a new investigation?

Jody really should ask T-bone what could possibly be on the FBI wiretaps that Pinson is so worried about. He’s going down either way, WHO is he trying to protect? Give you one guess. Jody might also want to hunt down Pete Rowe and see what he has to say about the River’s Edge.