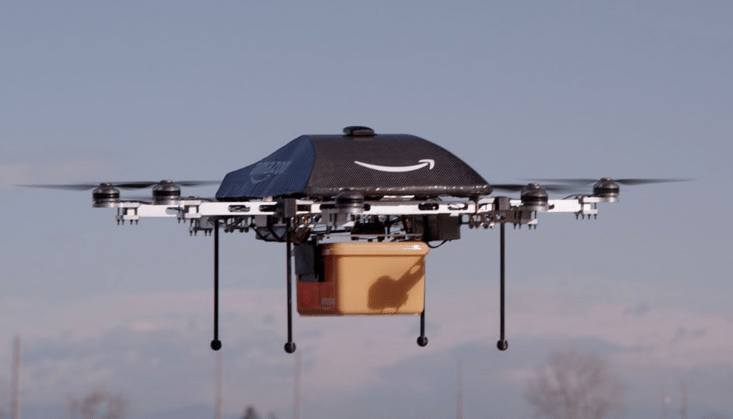 While the federal government struggles to build a functioning website, online retailer Amazon is preparing a fleet of unmanned aerial drones to deliver packages to customers roughly thirty minutes after orders are placed online.

All the company is waiting on? The government – specifically the Federal Aviation Administration (FAA), which is in the process of approving new regulations for the commercial use of drones.

You know, as opposed to their military applications.

Amazon also posted a link to a recent “octocopter” test flight on YouTube.

“From a technology point of view, we’ll be ready to enter commercial operations as soon as the necessary regulations are in place,” the company states on its website. “We hope the FAA’s rules will be in place as early as sometime in 2015. We will be ready at that time.”

We’re sure there are all sorts of cultural, safety and security concerns we should be raising right about now … but to be honest we’re still kind of paralyzed by the sheer amazingness of this idea.

“This is both awesome and terrifying,” Toronto software engineer Chris Stark noted, although he worried about “what happens when the drones gain sentience and decide they are unhappy with delivering my packages!”

Others fretted over the job losses associated with such a program … while executives at UPS and FedEx (which make tens of millions of dollars each year delivering Amazon purchases) no doubt crapped their pants.