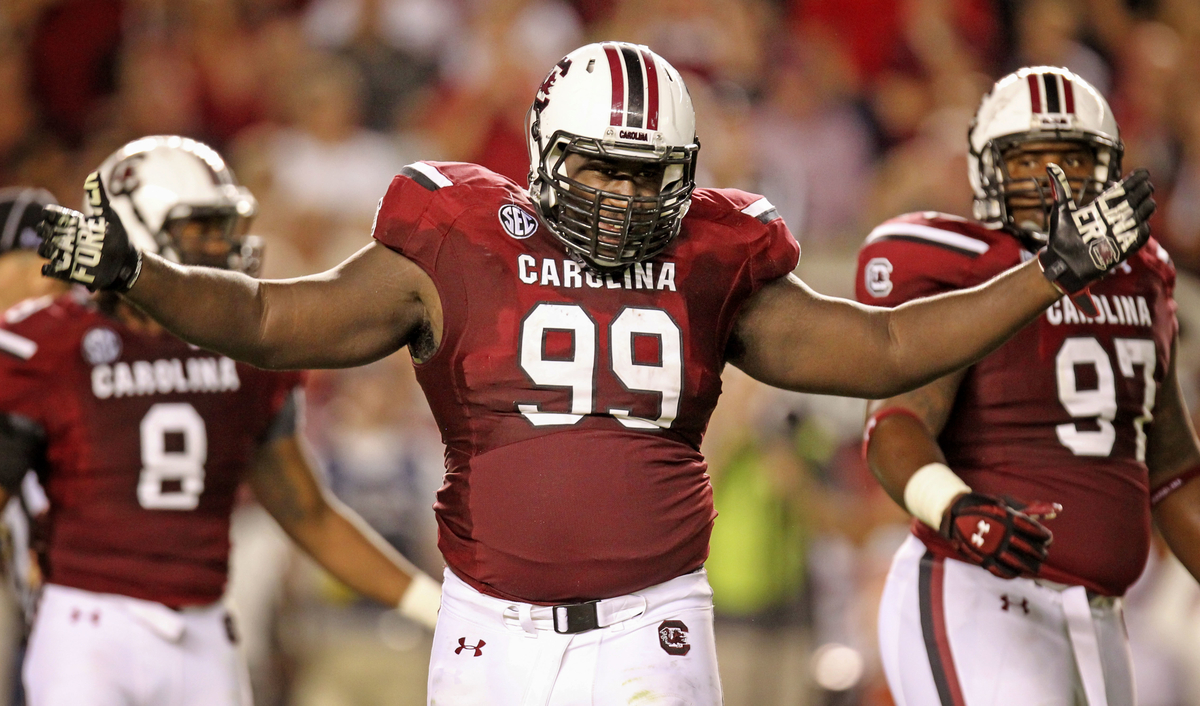 COLUMBIA, S.C. (December 2, 2013) — University of South Carolina junior defensive tackle Kelcy Quarles has been recognized for his outstanding play in the Gamecocks’ 31-17 win over Clemson on Saturday night.

Quarles paced the Gamecocks on Saturday with six tackles including four solo stops. He was credited with a career-high 2.5 sacks, accounting for 26 yards. He also had one quarterback hurry as the Gamecock defense held the high-octane Clemson offense to just 17 points, forcing a half-dozen turnovers.

Quarles, an all-conference candidate, is second in the SEC with 9.5 sacks and is tied for second with 13.5 tackles for loss.