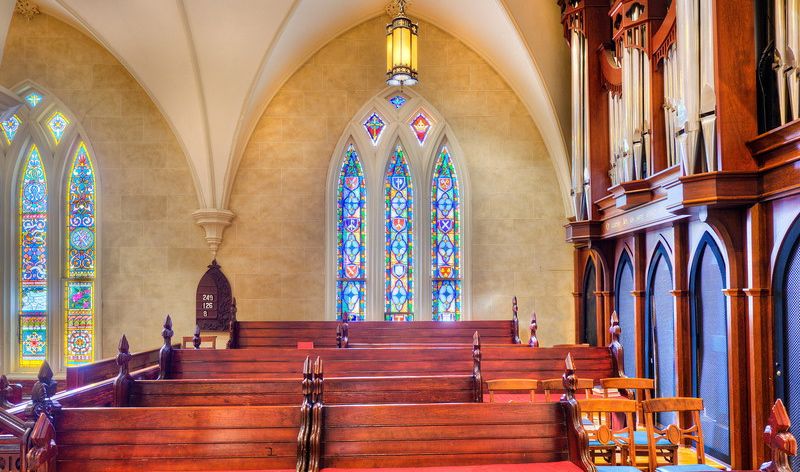 Last year FITS broke the story of “rogue Bishop” Mark Lawrence of Charleston, S.C. – the Episcopal priest who was booted from the national church because he refused to adopt its views on gay marriage and the ordination of gay and female clergy.

As a result of the church’s action against him, Lawrence announced his intention to disassociate the Lower Diocese from the national church – a threat he made good on.

Now Lawrence and three other leaders of his “breakaway” diocese are engaged in a protracted legal battle – having been accused by the national church of fraud, breach of fiduciary duty, trademark infringement and civil conspiracy, among other things. The result of these alleged actions has been to “deprive Episcopalians loyal to the Episcopal Church of their property rights.”

The suit – filed in Dorchester County – is the latest action in South Carolina’s Episcopal Schism, which is ground zero for the battle taking place all across the country between socially liberal and socially conservative congregations in multiple protestant denominations.

As we’ve said from the beginning of this drama, we believe decisions regarding marriage and the ordination of clergy should be left exclusively to individual congregations. We don’t support gay marriage (or the ordination of gay clergy), but government has no right to infringe upon the religious freedom of churches which in engage in these practices.

Similarly we don’t believe government should be in the business of discriminating against churches on the basis of their views of marriage – which is the latest battle ground in this contentious fight.

We’ve said it before and we’ll say it again: Government has no business sanctioning or banning marriage, gay or straight.

Nor does it have any business telling churches who they can and cannot ordain – or which denomination, synod or diocese they must join. South Carolina’s Episcopal churches – like its Baptist, Lutheran, Methodist and Presbyterian churches – should be permitted to worship as they see fit.

Anything short of that is an unconstitutional infringement on religious freedom …

It’s A Great Day To Be A Bureaucrat