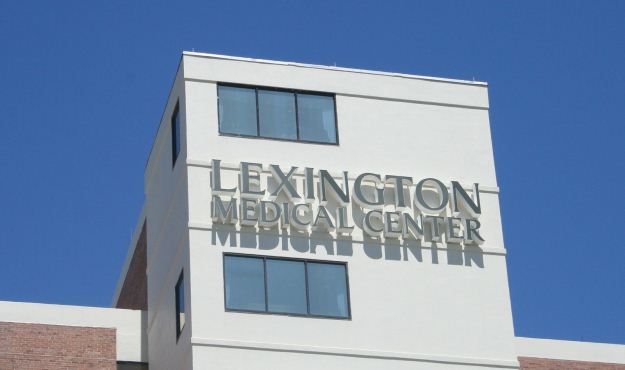 The 78-year-old – first elected in 1976 – suffered serious injuries as a result of this wreck.

How serious? Well, FITS has confirmed that Harman remains hospitalized at Lexington Medical Center more than eight months after this accident occurred. And is being fed through a tube.

And sources at the hospital tell FITS he’s not leaving … ever.

“After receiving initial treatment he was transferred to extended care,” our source says. “And that’s where he’s going to die.”

As we noted at the time, Harman is one of several county officials rumored to be involved in the “Lexington Ring,” a cabal of crooked cops and corrupt politicians allegedly running an illegal video poker operation (and various other shady endeavors) out of their government offices.

He’s the one who knows “where the bodies are buried.” Literally. In fact Harman has been accused of failing to conduct an autopsy in the suspicious death of a local solicitor’s wife – a flagrant violation of state law.

Harman is also the co-owner of a funeral home in Lexington County – a glaring conflict of interest for a coroner.

Anyway … in the event a local official is incapacitated, it is up to the governor to declare the office vacant and appoint a successor.

That hasn’t happened here. In fact Harman’s deputy – Randy Martin – has been running the office in his absence.

Meanwhile Lexington County taxpayers are continuing to pay Harman’s salary even though he is clearly never coming back to work again.

“The Lexington Ring is alive and well,” one source familiar with the situation tells FITS. “He is just going to lay there forever while the taxpayers of Lexington pay him.”

Section 17-5-50 of the S.C. Code of Laws permits the governor to declare this office vacant in the event its duly elected occupant is unable to perform his or her duties (which is clearly the case in this situation). Haley would then have the right to name an interim appointment pending the results of a special election to fill the seat.

Frankly, we think it’s about time she took these steps …