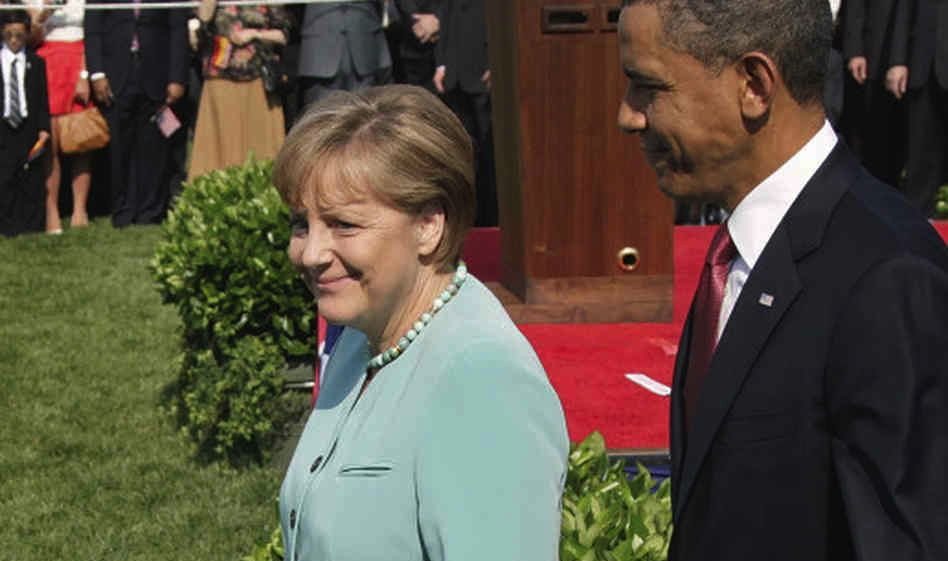 Their topic of conversation? Whether Obama’s government was tapping Merkel’s cell phone.

According to the White House, Obama assured Merkel that his government “is not monitoring and will not monitor” her communications. Hmmmm … no past tense assurances?

This isn’t the first time spy allegations have been leveled against America – which we learned this summer was running a massive domestic snooping operation on its own people. Back in July Merkel called Obama about broader allegations of American snooping on its European allies.

Obama’s administration has labeled the allegations made by Le Monde “inaccurate and misleading.”

Because that’s exactly how they responded to the initial revelations from NSA whistleblower Edward Snowden – whose information has turned out to be 100 percent accurate.

Unswayed by American denials, the European Union (EU) is adding the topic of international electronic surveillance to the agenda of its upcoming two-day summit in Brussels.

“Data protection must apply to everyone – whether we are talking about citizens’ emails or Angela Merkel’s mobile phone,” an EU official said. “We now need big European rules to counter big fears of surveillance.”

Surveillance operated out of the “land of the free …” whose citizens seem to have accepted unlimited, unconstitutional warrantless wiretapping as part of their “New Normal.”

Oh well … at least the Europeans aren’t taking this lying down.

UPDATE: According to The (U.K.) Guardian, the NSA has tapped the phones of as many as thirty-five world leaders.