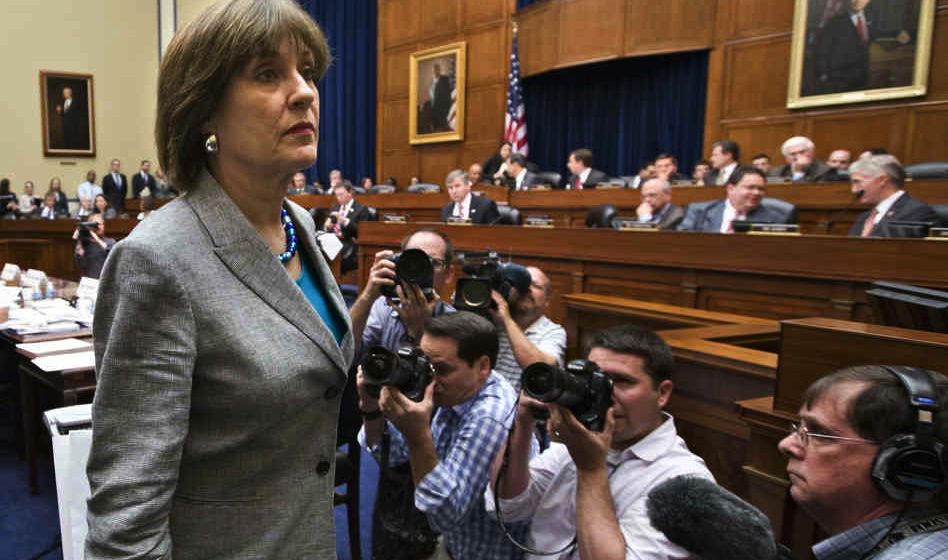 Lois Lerner – the Internal Revenue Service (IRS) bureaucrat whose stunning confession kicked off the biggest scandal in the agency’s history – is retiring.

On May 10 Lerner dropped a bombshell on Washington, D.C. when she stated she was “sorry” the agency had inappropriately targeted limited government groups for additional scrutiny in the years leading up to the 2012 election. Lerner claimed this “error in judgment” was confined to low-level employees in Cincinnati – a statement which later turned out to be false.

Eventually (and infamously) Lerner invoked the Fifth Amendment when called to testify about the mushrooming scandal before the U.S. Congress – which had previously been assured by the agency that no such discrimination had taken place.

Ironic isn’t it? Lerner availed herself of one of the very rights championed by those groups she sought to suppress …

Anyway this woman – who was in charge of overseeing the tax-exempt division of the IRS – never lost her job. Instead she was placed on administrative leave … with pay.

Fortunately, those tasked with getting to the bottom of this mess aren’t letting Lerner’s departure slow them down.

“Lois Lerner’s exit from the IRS does not alter the Oversight Committee’s interest in understanding why applicants for tax exempt status were targeted and inappropriately treated because of their political beliefs,” said U.S. Rep. Darrell Issa (R-California), who attempted to question Lerner earlier this year. “We still don’t know why Lois Lerner, as a senior IRS official, had such a personal interest in directing scrutiny and why she denied improper conduct to Congress. Her departure does not answer these questions or diminish the Committee’s interest in hearing her testimony.”

The IRS scandal has been placed on the back burner in recent weeks as the administration of Barack Obama – which knew about the agency’s improper targeting nearly a year before the scandal broke (and said nothing) – has sought to “wag the dog” by pushing for American military intervention in Syria.

This scandal needs to be brought back to the frontburner … this is one of the most flagrant abuses of power the American Republic has ever witnessed, and those who perpetrated it need to be held accountable for what they have done. That process, incidentally, does not involve Lerner riding off into the sunset with a nice government pension.