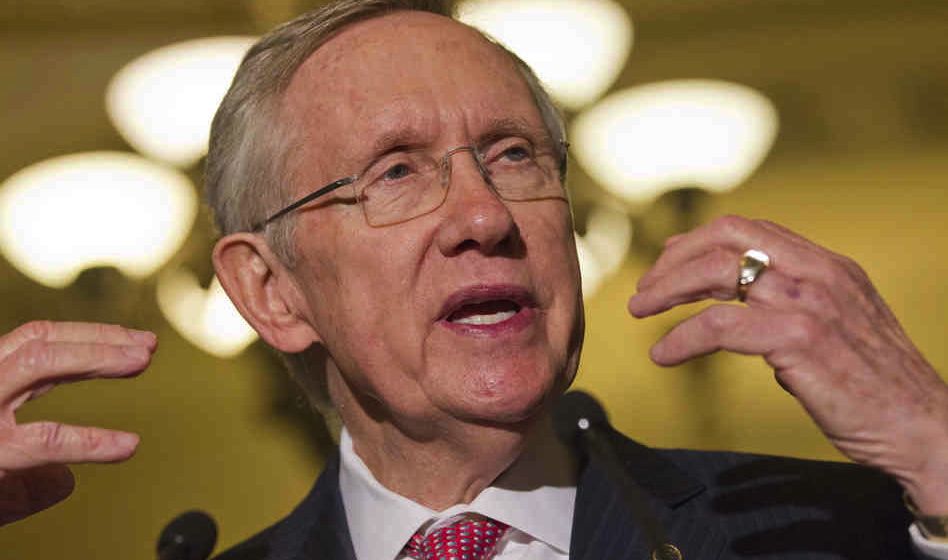 “In case there is any shred of doubt in the minds of our House counterparts, I want to be absolutely crystal clear,” the Nevada liberal told reporters this week. “Any bill that defunds Obamacare is dead.”

Wow … that’s pretty tough talk from a guy whose chamber went four years without passing a budget. It’s even tougher talk considering support for Obamacare has evaporated in recent weeks.

Nonetheless, Democrats say they are unified behind this job-killing monstrosity.

“We will not blink. Don’t get it into your heads that we will. We won’t,” liberal leader Charles Schumer (D-New York) said. “Don’t make it part of your strategy that we’ll cave. We won’t. We’re unified. We’re together. You’re not.”

Reid’s ultimatum comes a day before members of the U.S. House of Representatives are scheduled to vote on a two-month “continuing resolution” that would fund government through December 15 at its current levels – minus funding for Obamacare.

Originally, House “leaders” planned on holding a ceremonial, non-binding resolution to defund Obamacare – but pressure from independent conservative groups forced them to take the step of actually striking funding for the increasingly unpopular new law.