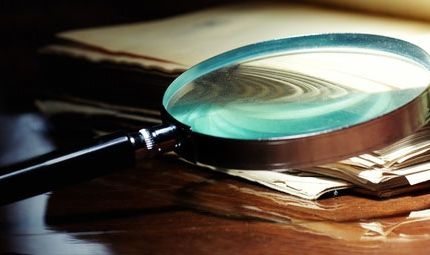 S.C. Gov. Nikki Haley’s administration refused to investigate allegations of fraud, waste and mismanagement at one of the state’s poorest-performing school districts.

According to a memo obtained by FITS, Haley’s second inspector general James Martin refused a request from the S.C. Department of Education (SCDOE) to look into the finances of the troubled Jasper County school district.

“While this office finds these allegations of fraud, waste and mismanagement to be extremely concerning and this matter begs to be further investigated, unfortunately, the scope and authority of the current Office of Inspector General does not permit it to investigate the various school districts within the state,” Martin wrote to S.C. Superintendent of Education Mick Zais last June.

Martin told Zais his office – created by Haley in March of 2011 – was only permitted to investigate the sixteen state agencies which are part of Haley’s cabinet.

Of course that’s what he said … right? God forbid state government in South Carolina ever set up a system that doesn’t involve the fox guarding the hen house.

Anyway, Martin told Zais “I am returning the documentation your agency provided this office in the event an authorized entity does pursue this matter.”

Sadly, that hasn’t happened yet …

As FITS exclusively reported earlier this month, the S.C. State Law Enforcement Division (SLED) – another agency in Haley’s cabinet – has been sitting on the Jasper case for an undetermined period of time.

During a visit to Jasper County this week, Zais washed his hands of the failing district.

US Senate Will Fight For Obamacare

Mick was a disaster at Newberry. What do you expect from a lame ass state employee?

Only 11 days left in this month, so Sic Willie is building up points with his boss Howie. Don’t want those Howie checks to slow down, much less stop.

“the Palmetto State’s failed government-run system” The ENTIRE system has failed? Don’t think so. Do a little demographic comparison of the top districts vs the bottom districts. See any common threads? But when you are trying to run a voucher scam, facts don’t matter.

Just engage a CPA firm that has current experience in school districts. It would be an investment, not an expense.

“South Carolina’s state legislature enacted legislation in 1989 to create a statewide grand jury panel. This legislation is found at S.C. Code § 14-7-1600, et seq. Called the “State Grand Jury Act,” these statutes authorized a grand jury with state wide jurisdiction over certain specified crimes due to the fact that some crimes oftentimes occurred across more than one county line and prosecutions were sometimes difficult to pursue.

Section 14-7-1630 sets forth a list of crimes which are subject to investigatory and indictment powers of the State Grand Jury, which, in general, are as follows: (1) crimes involving narcotics, dangerous drugs, or controlled substances, money laundering, obstruction of justice, perjury or subornation of perjury, or any attempt, aiding, abetting, solicitation, or conspiracy to commit one of the aforementioned crimes if the crime is of a multi-county nature; (2) gang crimes; (3) public corruption; (4) election law crimes; (5) computer crimes; (6) terrorism or terrorism conspiracy crimes; (7) securities fraud crimes; (8) obscenity crimes; (9) a false statement with respect to aliens in South Carolina; (10) financial identity fraud crimes; (11) false statements regarding immigrant matters;(12) knowing and willful environmental crimes involving actual and substantial harm to the water, ambient air, soil or land, or both soil and land.”

Why do we waste what amounts to years on SLED investigations when the State Grand Jury has ‘investigatory’ powers?

“Nitrat” Looks like a posting by Ned Sloan, who constantly refers to “State Grand Jury” powers. Problem is, I think the Attorney General convenes such grand juries. And Alan Wilson is a pussy, never one to embarrass another republican.

Don’t know Ned Sloan and don’t know why SGJ is not used more. I do assume the AG has to convene it.
I think someone running against Wilson could make some populist political hay on all the public corruption that goes uninvestigated by the SC AG.

Jim Martin was stating the truth when he was IG.

I believe the Dept. of Education is on that list.

The problem is that Pat is on a “starvation diet”: he has only five staffers to investigate $20 BILLION in state spending / waste / fraud / abuse.

This is the “Hugh Leatherman – Bobby Harrell” starvation diet / budget, designed to keep Pat and his staff tied to their cubicles and unable to really investigate in depth the wholesale fraud permeating state government.

You fuckers should tell your legislators to budget more money for the IG office for fiscal year 2014 – 15, and get rid of their asses if they don’t.

Make an issue out of it.

Would the ‘Department of Education’ necessarily = county school districts?

explain how “market-based accountability” would improve schools in Jasper? this sounds like an ideology based leap of faith. good communities have good schools, awful communities don’t. your blather about ‘the market’ sounds like Colbert.

If the Inspector General can only investigate the 16 cabinet agencies, then how can he have investigated the Retirement Investment Commission? That organization is not a cabinet agency but, at the request of Treasurer Curtis Loftis, the Inspector General conducted an extensive investigation into Loftis’s allegations and, as expected, found nothing wrong but the rancor between the Commission and Loftis. Somebody is lying here.

This an absolute disgrace. If the state dept. Of education can’t take over a failing school,what is it’s purpose. Kids have been failing, money stolen and people in Columbia are just lifting one finger and giving it to jasper. These people leave us at the mercy and then tell us to fix it, when they have all the tools!!!! Sled, Ag, IG and the state grand jury. There is no excuse for turning a blind eye to this. If this evidence exist, expose it and arrest ALL involved. You’ll need more than one school bus.

They want our confidence, they want our vote and then they forget about us. Thank you!!!!