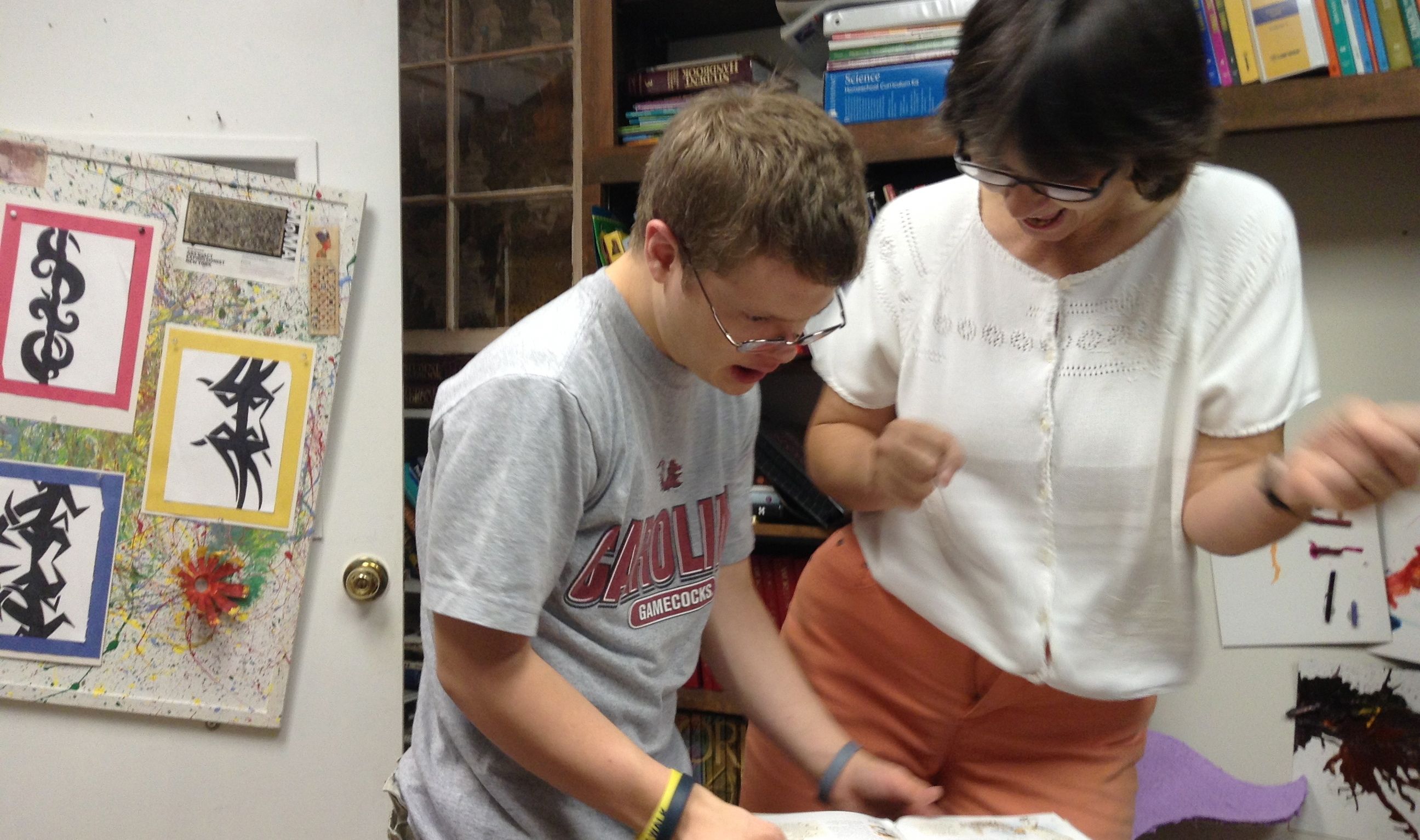 The Barclay School in North Columbia S.C. doesn’t look like a budding entrepreneurial center. The one-story brick building gives off more of an artsy communal vibe – and when you step through its doors its obvious you’re walking into a school, not a business.

But behind the proudly displayed artwork, crafts, science projects and living history exhibits is the beating heart of what’s left of American capitalism – a venture into the free market the school’s founders hope will one day make its operations self-sufficient.

The kids call it “Bunnies’ Brew” – and are quick to point out it is non-alcoholic and non-toxic. But also “non-tasty.” Very “non-tasty.”

“You can drink it … but you won’t like it,” one of the students tells us.

“Plants love to drink it, though,” another adds.

“Bunnies’ Brew” is billed by its young manufacturers as “nature’s best organic fertilizer,” and there are plenty of thriving plants in and around the Barclay schoolhouse attesting to its prowess. How is it made? Well, there’s no Discovery Channel feature on it (yet), but the process seems to be fairly straightforward. Once the school’s two rescue bunnies – Toby and Ginny – have done their thing, Barclay’s students begin the process of transforming the bunny manure into “rabbit tea.” This concoction is then bottled, labeled (with its vintage) and prepared for distribution.

Barclay students handle every step of the process – from caring for the bunnies to “quality control” over the manufacturing process. They even manage the finances for Barclay’s Green Goods, the company they formed to sell and distribute their product.

At this point it should be fairly obvious The Barclay School – founded in 2008 by longtime educators Gillian Barclay-Smith and Edith Bailey – is making more than just “Bunnie’s Brew.” This inventive academic center – which exclusively serves special needs children – is creating the sort of positive outcomes in the lives of children that government-run programs spend millions of dollars seeking to replicate.

The school is making miracles – every day. And making them on a shoestring budget with exclusively donated books, computers, furniture and supplies. Oh … and two ingredients money can’t buy.

The Barclay School is home to ten full-time students. Tuition averages $6,000 annually (roughly half of what government-run schools spend per each “normal” child), although the school’s founders do their best to work with parents on what they can afford. Both Barclay-Smith and Bailey tell FITS they work for less than minimum wage.

“Dr. G” is a Birkenstocks-wearing green Democrat – not your typical parental choice supporter. But she’s been leading the fight to improve educational outcomes in the Palmetto State by aggressively challenging the way government-run schools deal with disabled children. Or fail to deal with them, as is more often the case …

According to Barclay-Smith, government-run schools spend so much time classifying disabilities and attempting to “remediate” them (via a set of arbitrary standards) they neglect to consider the best interests of each individual child – or identify/ develop the gifts special needs children have. As a result these children are removed from beneficial activities and are instead forced to show “progress” on legally binding “individualized education programs” – a.k.a. an “IEP,” government’s one size fits all approach to “fixing” their disability.

“As with so much else within our public education system, the intent is good, the design is terribly flawed,” the former administrator told FITS. “Lots of jargon, useless process, red tape.”

There is no red tape at The Barclay School – but enabling more students to take advantage of the inventive programs offered there (and at dozens of other privately run facilities in South Carolina) has been problematic. Hopefully special needs choice legislation passed this year by the S.C. General Assembly will help expand these outcomes, but there remains considerable institutional opposition to the notion of providing tax credits for special needs children.

“Some people shut down and won’t listen,” Barclay-Smith says. “It’s too much like vouchers for them.”

That’s too bad … because what’s happening at The Barclay School is truly something to behold. As the strains of Beethoven’s Eighth Symphony rise and fall in the background, the students focus intently on a science-themed art project – scouring through the school’s library for information on owls (they’re reading the book Hoot).

I asked eleven-year-old Joshua what he liked best about The Barclay School.

Barclay’s students are as diverse a mix as you’ll find anywhere – different ages, races and yes, disabilities. But at a morning meeting they answer in unison when asked whether their disabilities can keep them from accomplishing their dreams.

The school’s slogan – “As Unique As Your Child” – truly fits. It also goes right to the heart of the education debate in this country, which we have long engaged on behalf of market-based reforms aimed at raising academic achievement for all students (especially those with disabilities).

Every year the state of South Carolina spends tens of millions of dollars seeking to address the special needs of its disabled student population – which accounts for roughly five percent of all students in the state. The vast majority of those children – between 85-90 percent of them – attend government-run schools.

The Barclay School is one of dozens of private schools with specialized programs for disabled children ready to meet the needs of thousands of children who are being failed by the government-run status quo. It is profiled on the website IndependentEd.org, which includes a searchable database of schools for parents and educators in South Carolina.

To view some images from our visit to The Barclay School, click on the thumbnails below …

To learn more about The Barclay School and Independent Ed, click on the links below …