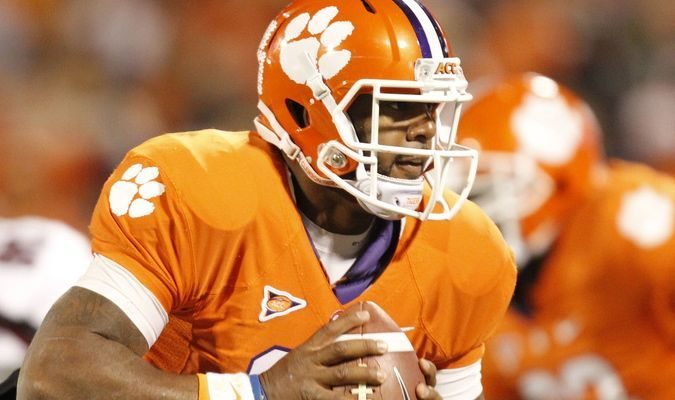 Clemson University’s 2013 season opener against the University of Georgia is one of the biggest games in the history of the program. Both the Tigers and Bulldogs are ranked in the Top Ten, both offenses are led by Heisman Trophy candidates (Tajh Boyd and Aaron Murray), ABC is televising the game nationally and ESPN is bringing its College Gameday crew to Tigertown for the occasion.

How big a game is this? We’re lifelong fans of Clemson’s arch-rival, the University of South Carolina, and we’re still pumped.

Wanna know everything there is to know about the big game?

Clemson University’s media relations office has just released its preliminary notes from the game … which is loaded with all sorts of interesting information about this rivalry and the players participating in Saturday’s contest.

For example … which quarterback has posted the better record for his team over the last two seasons? What’s Clemson’s record in recent season-openers? And how have the Tigers fared when they open their season against ranked opponents?

Click on the link below for all the answers …

How Bad Is The ACC?