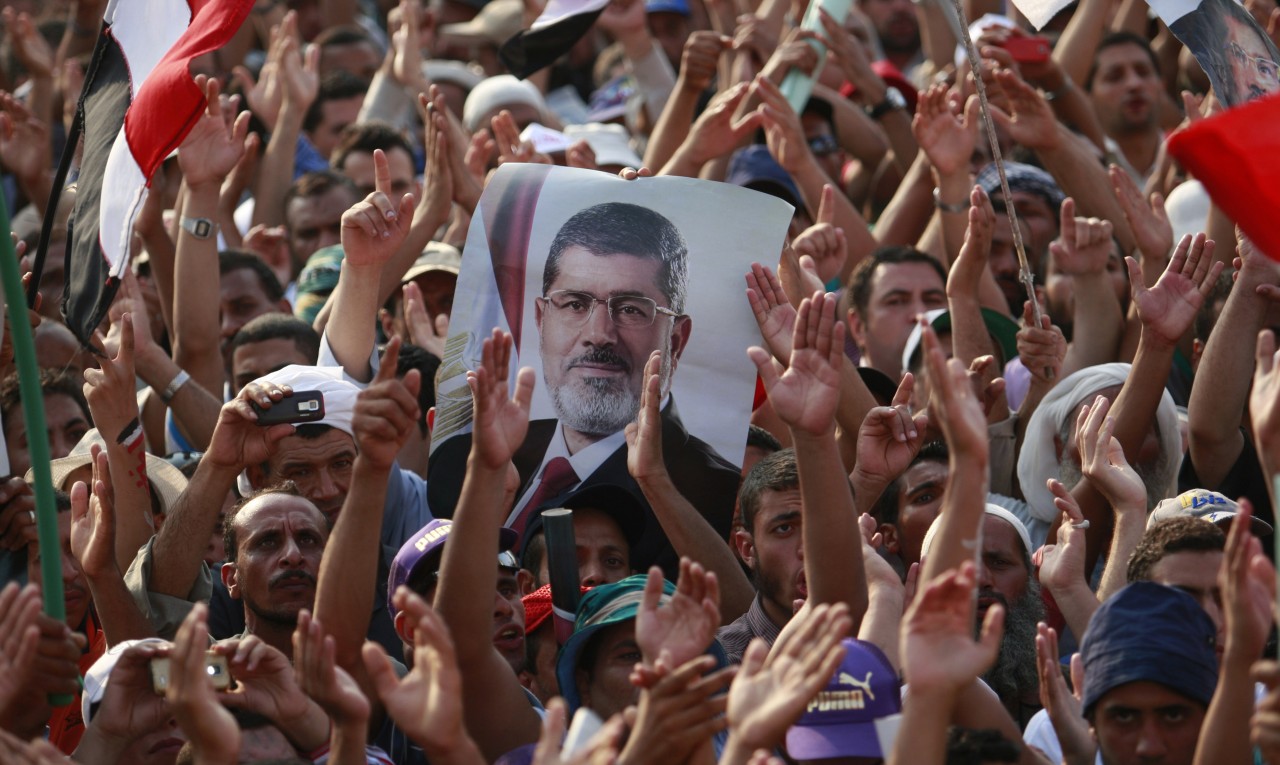 More than 525 people – including at least three journalists – have been killed in Egypt as the nation remains locked in a bitter power struggle between military leaders and Muslim extremists. And those are official government figures – the real numbers could be much higher.

Not up for debate is the fact hundreds have died and thousands more have been injured in the rapidly escalating violence – which has been fomenting for weeks ever since the nation’s radical Islamist president was ousted.

Last month, Egyptian president Mohamed Morsi was overthrown by a military coup – two years after the so-called “Arab Spring” toppled his successor, former president Hosni Mubarak. In response, members of the Muslim Brotherhood have been staging protests – which they plan on ramping up in response to the bloodshed.

“We have no option but to continue,” one Brotherhood leader told Bloomberg.

U.S. President Barack Obama – who promised a “new beginning” in Egypt during a 2009 trip to Cairo – worked to undermine Mubarek’s rule and supported Morsi’s ascension to power.

Obama was briefed Wednesday on the deteriorating situation in Egypt but said nothing – choosing instead to return to his golf game.

“Obama might as well play golf,” neoconservative columnist Jennifer Rubin wrote for The Washington Post. “He’s dropped the ball on Egypt and the entire region, leaving the United States with few options and the Egyptian people to a bloody future in the short run and a repressive authoritarian junta in the longer run. This is a policy failure of the highest order.”

We agree … although we believe the broader failure was getting involved in the first place.

At last count, American taxpayers are sending $1.3 billion in military aid annually to Egypt – even though U.S. Secretary of State John Kerry recently said America “is not satisfied with the extent of Egypt’s progress and are pressing for a more inclusive democratic process and the strengthening of key democratic institutions.”

This week Kerry referred to the military crackdown as “deplorable,” while other officials hinted that America may cancel planned military exercises with Egypt’s government scheduled for next month.

It is frankly none of America’s business whether Egypt has a “democratic process” in place – or whether said process is “inclusive” or not. Those are Egypt’s concerns, and should be left to Egypt to decide.

And while it is depressing to watch hundreds of people dying in the streets (no matter what their ideological allegiance), if that is how Egypt wants to settle its power struggle – so be it.

Obama has already intervened once in Egyptian affairs – with disastrous results. He should keep our nation out of this struggle. Furthermore, we maintain that all foreign aid to any country – military or humanitarian – is not a core function of government.

America’s government cannot afford to pay its own bills, let alone those of hundreds of other nations …