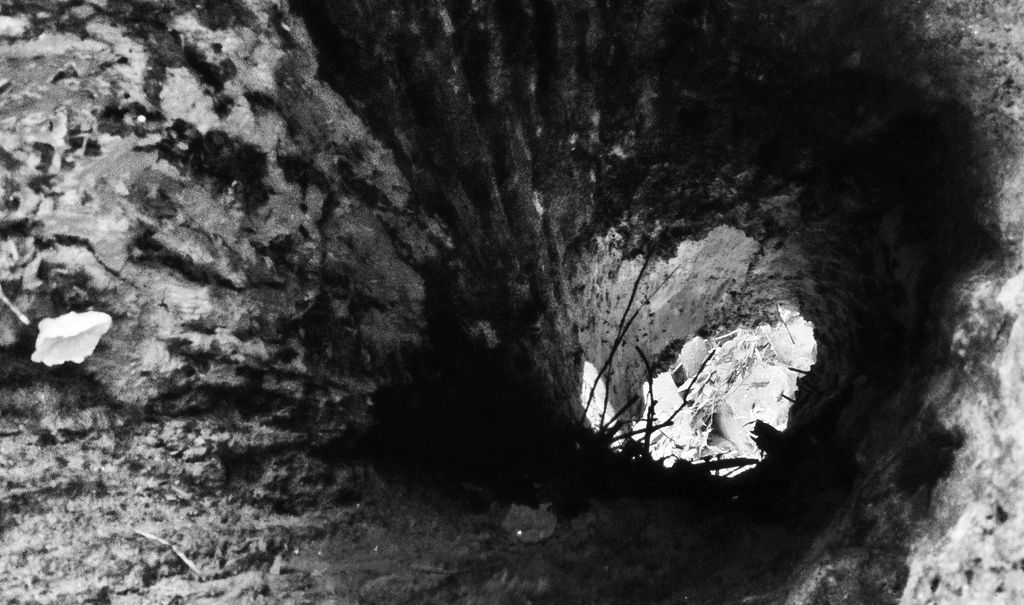 For those of you who missed it (and that would be all of you), we’re referring to a recent scribbling of this website’s founding editor by Tom Foolery – a virtually unknown “cartoonist” who brands himself as the artistic conscience of the “reform” movement in South Carolina. More importantly, we’re talking about the “reform movement” itself – an assemblage of penny-ante intellectual lightweights which continues to empower South Carolina’s corrupt oligarchy with its amateur hour incompetence.

The drama to which we refer began earlier this week when Talbert Black, Jr. – a genuinely well-intentioned guy who heads up a S.C. Tea Party group called “Campaign for Liberty” – posted a political cartoon on his Facebook page by Robert Ariail. The cartoon – commissioned by a local political blog – claims there are “social media hit men” in South Carolina intent on “whacking” news outlets which support mandatory income disclosure for politicians.

Our founding editor – who has been aggressively pushing income disclosure for years (and getting whacked by all sorts of people in the process) – took issue with the whiny atonality of the Ariail cartoon.

“I agree (with) you this is a very important debate – but these are middle school tactics that do not advance it,” Folks wrote on Black’s Facebook page. “In fact this is immature inside baseball – which is why no one reads that website in the first place.”

Rather than just criticizing the whiny immaturity of the cartoon, though, Folks offered up a better way to advance the debate. Specifically, he urged reformers to support an amendment sponsored by S.C. Rep. Kirkman Finlay (R-Columbia) which would have required disclosure of “the source, amount and type of all income received by any public official from a nonpublic source for the preceding calendar year, as indicated by any and all wage or earnings reporting documents issued to the public official.”

(Public salary and payment information is already disclosed, by the way).

“If lawmakers supported the Finlay amendment, good,” he wrote. “If not – they must be targeted for defeat. Silly cartoons and whining isn’t the answer. Lining up opponents to the anti-disclosers – and supporting them financially – is the way to go.”

That’s a pretty hard line, right? And assuming you don’t like that idea, check out this reform proposal we came up with – which would end conflicts of interest altogether by simply banning state lawmakers from taking money from companies impacted by their decisions.

Yet rather than engage in a substantive discussion of the issue, these “reformers” decided to … wait for it … draw another cartoon. 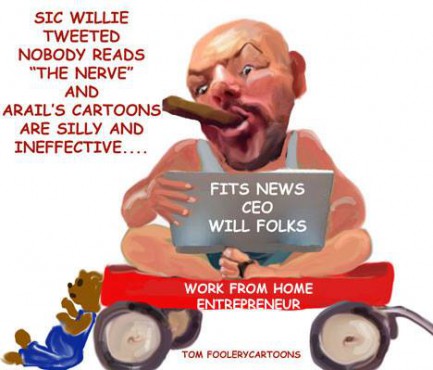 Ha! How did they know about our founding editor’s Radio Flyer?

Here’s the thing, though: The reform movement in South Carolina is never going to accomplish anything until it starts advancing something resembling concrete ideas – and puts in place a legitimate political operation to support those ideas. In other words, it’s going to take a lot more than hysterical ranting from menopausal pharmheads (and cartoons a three-year-old could draw) to achieve real reform. It’s going to take an understanding of what real reform is – and what is necessary to achieve it.

On those two counts, most South Carolina “reformers” are clueless.

Case in point: A few weeks ago we wrote on the Myrtle Beach (S.C.) “Tea Party,” a group of coastal geriatrics who are emblematic of this state’s “reform movement.” A source of ours described this group as “excessively passionate and under-educated about the issues they think they want to be involved in.”

“No one takes them seriously,” another source told us. “Or will anytime soon.”

Indeed. More to the point this group failed to field a GOP primary challenger against uber-liberal “Republican” State Senator Luke Rankin – a former Democrat – a testament to its nonexistent political capabilities.

This website, on the other hand, has credibility – and an audience – because it intelligently advances specific, substantive policies. Also, we are unafraid to challenge any elected official (on or offline) and are consistent in calling people out when they do wrong.

All of which is why they’re drawing cartoons of us, not the other way around.

“Reformers” like S.C. Policy Council executive director Ashley Landess? They have no credibility – or consistency. For example, Landess spent months working to save S.C. Gov. Mark Sanford’s skin after it was revealed he wasted tax money to facilitate a romantic rendezvous in South America with his then-lover, Maria Belen Chapur.

How’s that for hypocrisy from a “pro-taxpayer” advocate?

Landess has also spent hundreds of thousands of dollars trying – and failing – to build a credible pro-limited government website in South Carolina (something we built from scratch with nothing).

South Carolina politicians behave corruptly and in their own self-interest for several reasons. First of all most of them are genuinely evil people – corrupt to their core. Also, the state’s mainstream media is totally in the tank – racking up millions of dollars in taxpayer-funded advertising and government subsidies.

But there’s another reason South Carolina government is so hopelessly corrupt: The people trying to reform it are idiots.

About That TB Outbreak