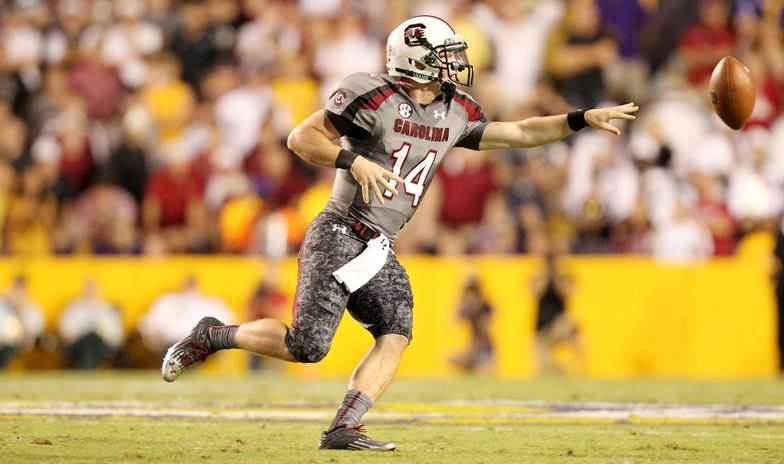 The current South Carolina leader in career pass-completion percentage, Shaw stands ninth in career pass completions (300) and seventh in career passing touchdowns (32). He enters 2013 with a 17-3 record all-time as a starting quarterback, ranking as one of two Gamecocks in history with 3,000 yards passing and 1,000 rushing in a career alongside Jeff Grantz. Twice a 2013 SEC Offensive Player of the Week, Shaw and the Gamecocks posted an 11-2 record last season, with the Flowery Branch, Ga., native setting a school record with a 67.5 percent completion rate.

Shaw stands among five SEC signal callers who made the 30-man list, which came from ESPN’s Total Quarterback Rating from last year. The system measures a quarterback’s contributions to scoring on each play (passing, rushing, sacks, fumbles and penalties), accounting for game context (down, distance, yard line, time remaining and score) and adjusting for opponent strength.

The winner will still be selected by a voting panel, which includes national media and each of the Mannings. Created by the Allstate Sugar Bowl in honor of the college football accomplishments of Archie, Peyton and Eli Manning, it is the only quarterback award that includes the candidate’s bowl performances in its balloting. The 10 finalists will be released on Wed., Nov. 27, with the winner announced on Wed., Jan. 8. This is the 10th season for the Manning Award.

South Carolina opens its fall practice this evening in preparation for the Thurs., Aug. 29 opener against North Carolina. Kickoff is set for 6 p.m. EDT against the Tar Heels, with ESPN televising the game nationally.