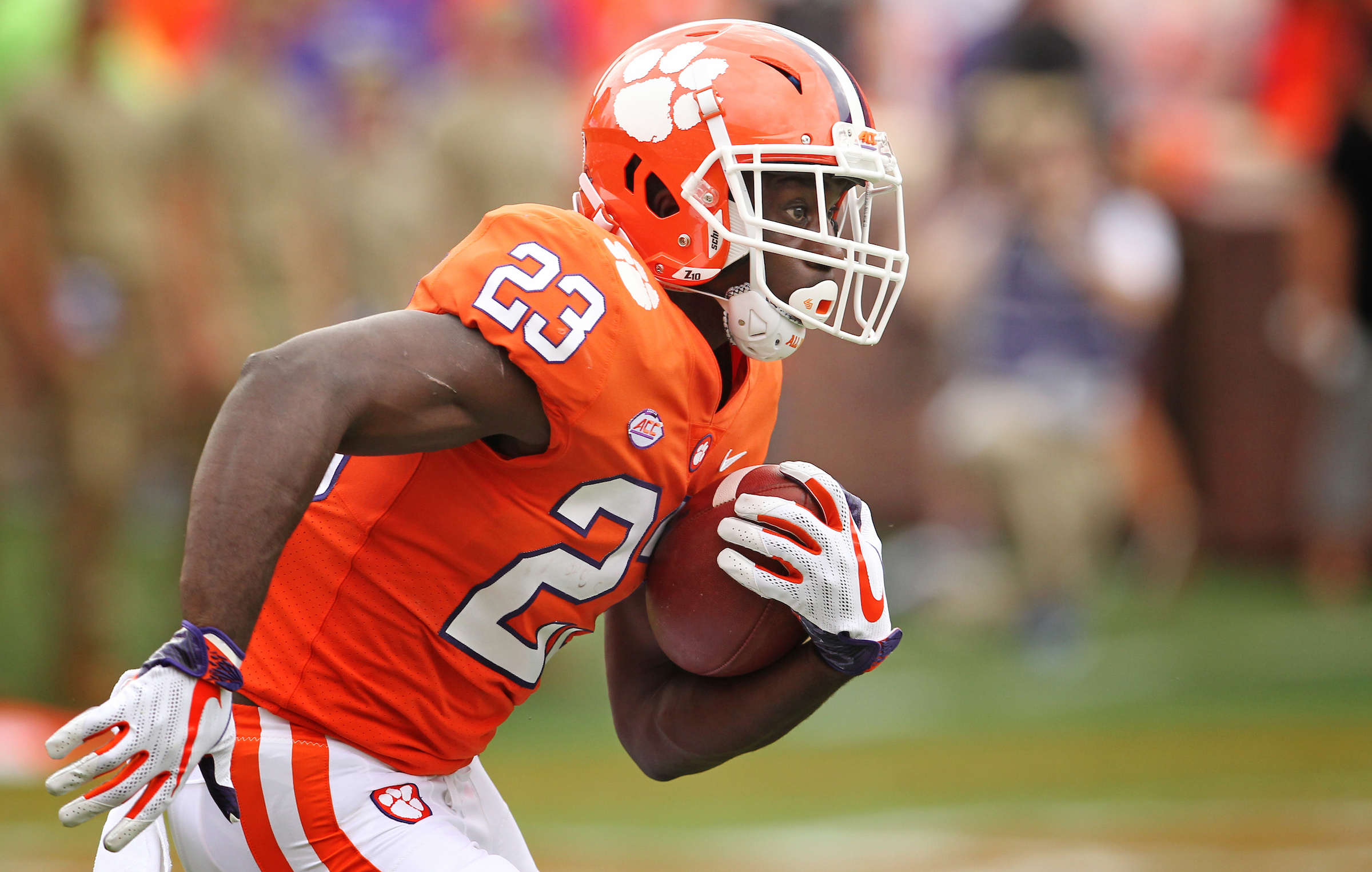 The Clemson Tigers are projected to win their seventh consecutive Atlantic Coast Conference (ACC) championship this year – even after losing their two top offensive weapons to the first round of the 2021 National Football League (NFL) draft.

In the ACC’s Atlantic division, Clemson received 146 of 147 first-place votes.

Clemson has been tapped to win the ACC in each of the last four straight seasons – which is exactly what Swinney’s team has done. In fact, Clemson has captured six straight ACC titles dating back to the 2015 season.

The Tigers have finished the last six seasons ranked No. 4 or higher in postseason polls. Can they continue that momentum despite several high-profile personnel losses?

Clemson enters 2021 without quarterback Trevor Lawrence – the No. 1 overall pick of the Jacksonville Jaguars in the 2021 draft and the winningest signal caller in Tigers’ history. Lawrence completed 758-of-1138 career passes (66.6 percent) for 10,098 yards with 90 touchdowns and 17 interceptions. The 6-foot-6, 220-pound native of Cartersville, Georgia also rushed 231 times for 943 yards and amassed 18 rushing touchdowns during his collegiate career.

Lawrence posted a 34-2 record as Clemson’s starting quarterback, with his only losses coming in CFP play.

In addition to Lawrence, Clemson will have to find a way to replace tailback Travis Etienne, a two-time ACC player of the year performer who was selected by the Jaguars with the No. 25 pick of the 2021 draft. Etienne rushed 686 times for 4,952 yards with 70 rushing touchdowns during his career at Clemson – averaging an incredible 7.22 yards per carry. He also caught 102 passes for 1,155 yards and 8 touchdowns.

Clemson will look to D.J. Uiagalelei to pick up where Lawrence left off as quarterback. The strong-armed 6-foot-4, 250-pound freshman from Inland Empire, California completed 78-of-117 passes for 914 yards with 5 touchdowns and no interceptions as a true freshman in 2020. Uiagalelei also ran 28 times for 60 yards and scored 4 rushing touchdowns last season.

He started two games when Lawrence went down with Covid-19, posting a 1-1 record as a starter.

At tailback, Clemson’s featured option in 2021 is expected to be senior Lyn-J Dixon, a 5-foot-10, 195-pound native of Butler, Georgia who has already racked up 1,372 rushing yards and 13 touchdowns on 208 career attempts as Etienne’s backup over the last three years. Dixon has also recorded 183 yards on 18 receptions.

Worth noting? He enters 2021 ranked second in school history (behind Etienne) with a 6.6 yards per carry average.

While the loss of Lawrence and Etienne is the major storyline for Swinney’s team headed into 2021, the Tigers locked down arguably the most important piece of their championship puzzle earlier this month – inking defensive coordinator Brent Venables to a new deal that will pay him $2.5 million annually through 2026.

Venables is now the highest-paid assistant coach in college football – and deservedly so, based on the metrics his units have consistently churned out since he was hired prior to the 2012 season. Clemson has led the ACC in total defense four years running – and was tied for No. 1 nationally last year in sacks.

From 2014-2019, Clemson ranked in the top ten nationally in total defense each year – despite Venables’ unit losing a total of twenty players to the NFL draft during that stretch (including six first-round selections).