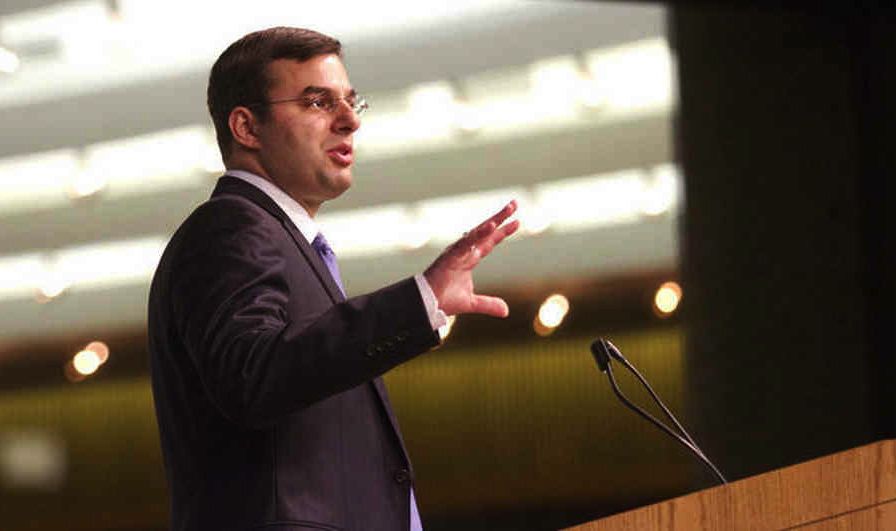 More than perhaps any other member of the U.S. Congress – including U.S. Sen. Rand Paul (R-Kentucky) – Michigan Congressman Justin Amash (R-Michigan) is emerging as the ideological heir to the uncompromising libertarian legacy of former U.S. Rep. Ron Paul.

This week, Amash brought an amendment to the floor of the U.S. House of Representatives which would have stripped funding for the National Security Agency’s phone records collection program – one part of the federal government’s Orwellian domestic spying operation.

“They’ll tell you that the government must violate the rights of the American people to protect us from those who hate our freedoms,” Amash told his collegues in defense of his proposal. “When you had the chance to stand up for Americans’ privacy, did you?”

Sadly, the “Republican-controlled” House did not – as Amash’s amendment narrowly failed by a 217-205 vote.

Frankly, that’s further evidence of just how out-of-touch with South Carolina U.S. Sen. Lindsey Graham (RINO-S.C.) has become. Graham – one of our country’s top warmongers – is a staunch supporter of the federal government’s domestic spying program.

Anyway … props to Amash for leading this fight. And props to Clyburn, Duncan, Gowdy, Mulvaney, Rice, Sanford and Wilson for casting their votes in defense of our liberties.

Meanwhile jeers to “Republican” House Speaker John Boehner and “GOP” leader Eric Cantor for leading the effort to kill this amendment – thus preserving the ability of the government to collect our private information absent any compelling reason or constitutional basis.