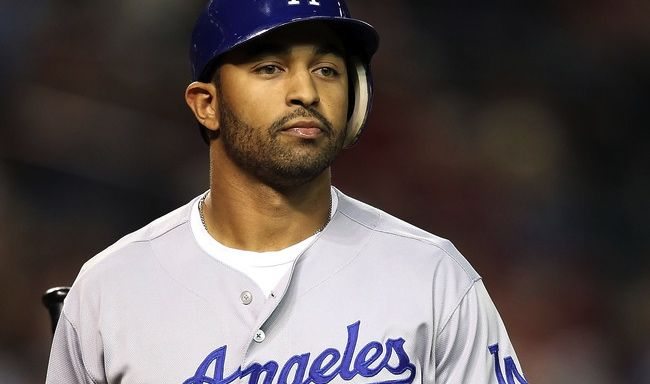 Matt Kemp hasn’t made much news with his baseball skills in 2013, but he’s making news with his mouth – opining on disgraced Milwaukee Brewers’ outfielder Ryan Braun. According to Kemp, Braun should be stripped of his 2011 MVP award for his role in the Biogenesis performance enhancing drugs scandal. That would make Kemp – who finished just behind Braun in the voting – the default MVP.

While we would have advised Kemp to not speak out about this, he’s got it half-right.

Braun should be stripped of his award. However we believe the 2011 National League MVP award should be listed as “vacated” – like Reggie Bush’s 2005 Heisman Trophy.

Furthermore, any player found to have used performance enhancing drugs should have their records removed from the annals of Major League Baseball. Of course that’s not happening either.

Bottom line? Until the steroid-assisted “records”of cheaters like Braun, Alex Rodriguez and Barry Bonds (and the awards they won while juiced) are permanently erased from the record, baseball will always have a stain on it. That’s fine for a “sport” like the NBA, but baseball isn’t a sport – it’s our nation’s game. Our national pastime.

Its integrity must be protected …