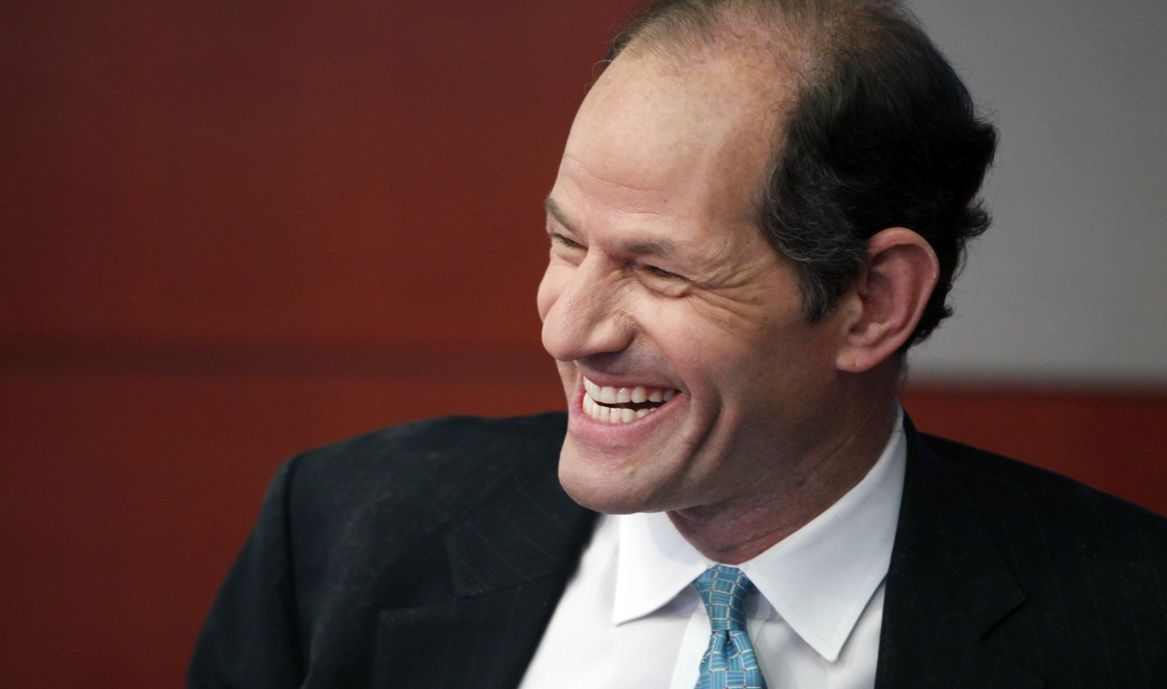 Former New York Gov. Eliot Spitzer – who resigned from office in disgrace more than five years ago after he was busted paying prostitutes for sex – is the latest politician to attempt a political comeback.

The 54-year-old Democrat announced his intention to run as Comptroller of New York City this week, following in the footsteps of disgraced politicians Anthony Weiner (the former U.S. Representative who’s running for mayor of New York) and Mark Sanford (the former South Carolina governor who was recently elected in a special congressional election in the Palmetto State).

“I love public service,” Spitzer told The New York Daily News. “I believe in it and hope I will be given a second chance. After being out of office for five years, thinking deeply, reflecting on what I was able to do when I was in government … I’m going to try and seek the controller’s office and ask to the public to consider me.”

Look … we have no problem with prostitution. And have said so. Like everybody else, we believe governors should be free to purchase sex if they so desire.

Here’s the thing, though. Spitzer was a two-term New York attorney general who aggressively prosecuted prostitution – in fact he went so far as to attempt a crackdown on American companies that booked tours to prostitution-friendly foreign locales.

And that’s where our problem with Spitzer lies … his hypocrisy.

Anyway … all of this is really just an excuse to link back to pictures of Ashley Dupre, the $5,000-a-night hooker who brought Spitzer down. So yeah, here ya go …

Hang It Up, Mitch McConnell