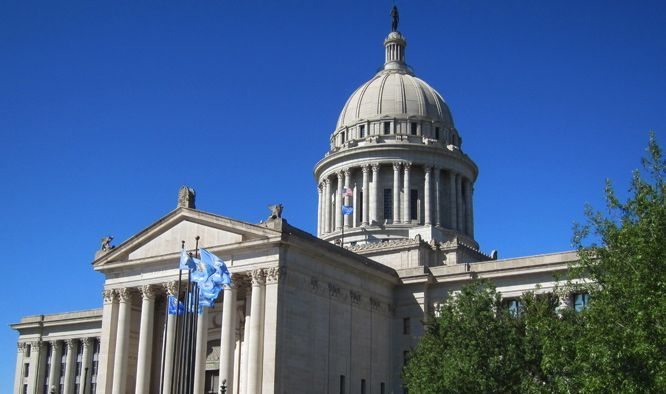 Oklahoma state representative Doug Cox (R-Grove) penned an op-ed this week questioning efforts by his Republican colleagues in the Sooner State legislature to increasingly restrict women’s access to birth control methods. Cox’s piece is the latest example of the rift that’s developed between socially conservative Republicans and those in the party who identify as libertarian.

A practicing physician who has delivered more than 800 babies, one “who never has or will perform an abortion,” Dr. Cox argues that one of the most effective ways to reduce the number of abortions is to increase access to contraception. I have made the same argument myself (here and here on FITSNews).

The Oklahoma legislature in which Dr. Cox serves has enacted some of the most restrictive laws in the nation regarding to access to family planning services. As a result, women are getting fewer legal abortions in Oklahoma than in the rest of the nation, but that doesn’t mean that they are getting fewer abortions. Restricting women’s access to contraception and abortion services doesn’t reduce the number of abortions, it just reduces the number of legal and safe abortions and returns us to the days of back alley procedures endured by desperate women whose choices have been limited by, well, a socially conservative legislature.

Which brings us back to Dr. Cox’s op-ed.

“What happened to the Republican Party that felt that the government has no business being in an exam room, standing between me and my patient? Where did the party go that felt some decisions in a woman’s life should be made not by legislators and government, but rather by the women, her conscience, her doctor and her God?” he asked.

Have social conservatives – led by out-of-touch politicians eager to impose their own brand of morality on people whose life situations they could never relate to – finally begun to overreach to such an extent that members of their own party are delivering the backlash? Apparently so.

“All of the new Oklahoma laws aimed at limiting abortion and contraception are great for the Republican family that lives in a gingerbread house with a two-car garage, two planned kids and a dog. In the real world, they are less than perfect,” Cox wrote.

I couldn’t have said it better myself, and I’m not even a Republican.

Dr. Cox understands, through real-world experience, that often the best hope a low-income teenager has for a better life is not getting pregnant while she’s still a teenager. Abstinence is an excellent ideal, but it’s not reality. To deny that teenagers will engage in sexual activity is to deny reality. Ensuring that a teenager from a low-income family has access to contraception – or at the very least not standing in her way by defunding one of the only places she can get it – can help her to help herself out of a cycle of poverty.

If Republicans want to reduce dependency in this country, a good first step would be to reduce the dependents. Access to family planning services reduces the number of unintended pregnancies. Legislators should stop enacting laws that will ensure and protect more fetuses if they don’t want to deal with the natural consequences – babies born into a cycle of poverty through no fault of their own. If they decry the safety net programs that these babies depend on as “welfare” and “socialism,” then they should do something to prevent dependence in the first place: support access to contraception and abortion services. If their consciences prevent them from doing that, then they should kindly step aside while others make decisions for themselves based on their own beliefs and on the advice of their own doctors.

As Dr. Cox asked in his letter to his fellow legislators, “What happened to the Republican Party that felt government should not overregulate people until (as we say in Oklahoma) ‘you have walked a mile in their moccasins?'”

With respect to the issue of family planning services, it has been hijacked by social conservatives and will remain hostage to them until more Republicans like Representative Cox speak out.