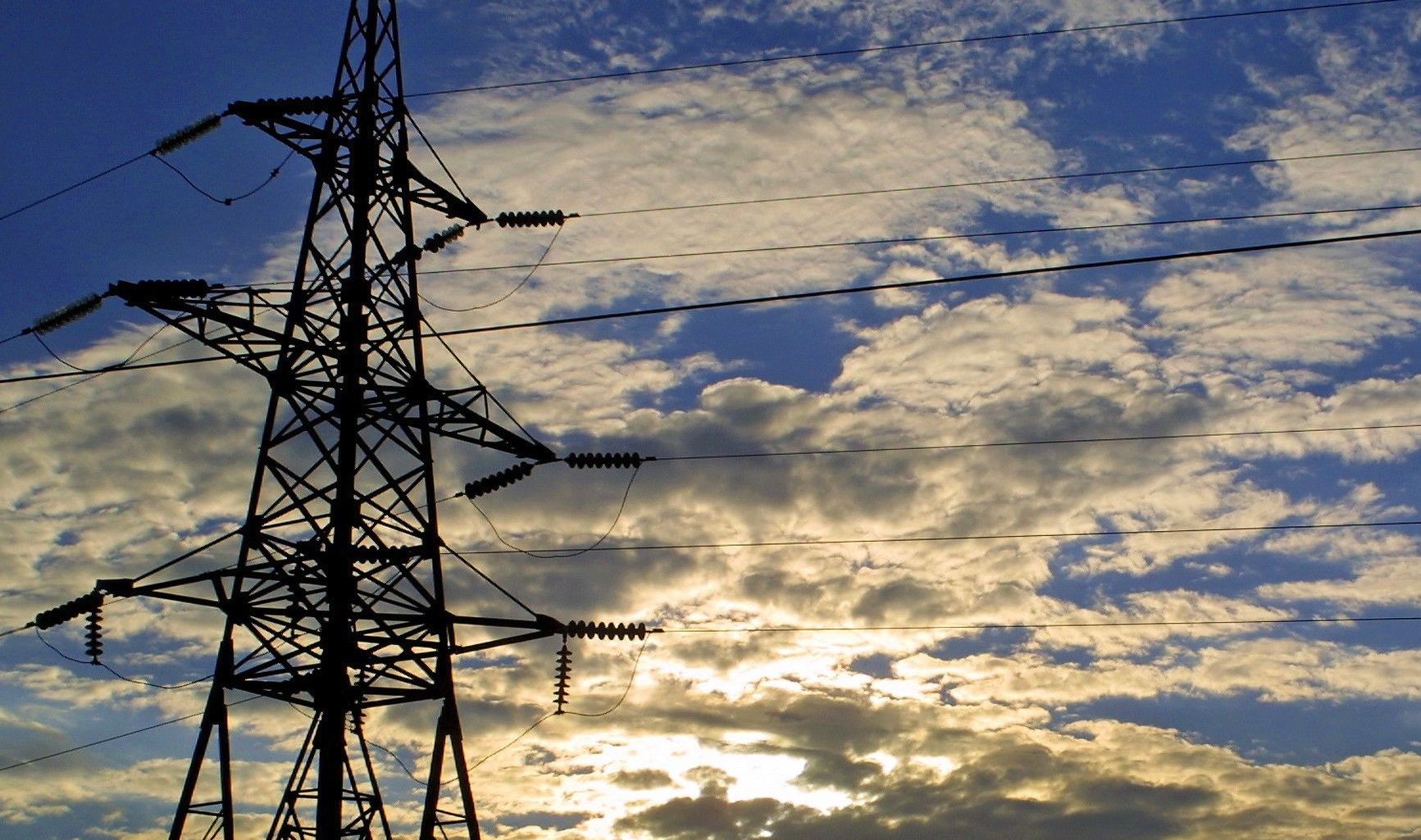 We get lots of tips, comments and questions about stuff we write … and stuff people want us to write. Got something to share? A link? Suggestion? Criticism? Question? Submit it (anonymously or otherwise) via our tip wire … and remember, in addition to confidentially investigating your leads we also publish letters to the editor and guest editorials (even anonymous ones) if you’ve got more to say on a subject.

ICYMI Liz Farmer (@LizFarmerTweets) has an article in Governing Magazine addressing the bitter dispute between State Treasurer Curtis Loftis and members of the pension fund investment commission. Here’s the key section from her story:

“After two years of conflict, both sides say they are eager to move on. But at the base of their disagreement is a fundamentally different view on how the $26 billion retirement fund should be performing. Loftis has seized upon what he calls an imbalance between the fees the commission pays (which have ranged between $304 million and $344 million over the last three years) and its rate of return when compared with other sizeable public pension plans. In 2012, for example, the investment fund earned a net $105 million after paying out $304 million in fees. The rate of return that fiscal year ending June 30, 2012, was 0.4 percent after deducting the cost of management fees, according to the fund’s Annual Iinvestment Report (AIR).

When compared with other public pension plans valued at greater than $5 billion, that performance puts South Carolina’s ranking in the 63rd percentile, or in the lowest 40 percent, according to data collected by the investment advisory firm Wilshire Associates and provided to Governing by the treasurer’s office. The Wilshire data includes major plans like CALPERS, CALSTERS, Washington State, Oregon, and Texas Teachers.

Even a good year of returns is all relative for Loftis — in 2011 the fund earned roughly $4 billion, or a return of 18.3 percent on investment and paid fees of $343.6 million, according to that year’s AIR. But compared to other plans, RSIC finished in the 87th percentile that year, or in the lowest 20 percent. (The top returns in 2011 were above 26 percent while the lowest were below 10 percent, according to Wilshire.)”

That’s it exactly. Exactly. Obviously this website has written extensively about this issue – praising Loftis for his advocacy and ripping these corrupt fund managers. Nice to see another outlet picking it up (seeing as our state’s mainstream media is in the tank for the bad guys). Speaking of, the most revealing part of Farmer’s article is when she quotes the S.C. Retirement System Investment Commission bureaucrat who basically says it’s okay our state is failing because “we’re not thinking about putting ourselves in a horse race with other public pension peers.” What a joke this commission is …

Boogie Man, the 2008 documentary about the rise of Lee Atwater, is now free and streaming on Hulu …

Nice. We’ll have to plug that into our rotation along with “Settin’ the Woods On Fire.”

“SAY WHAT YOU WILL ABOUT THE SOUTH” 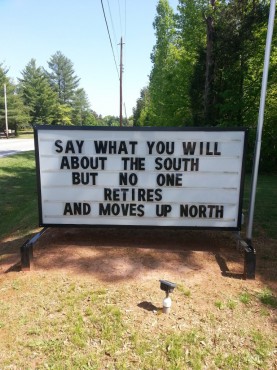 I know you think that Taylor girl has the best midriff you’ve ever seen but check out your girl Kathryn Dennis. She posted this pic to her Instagram page this week and I thought you might like … 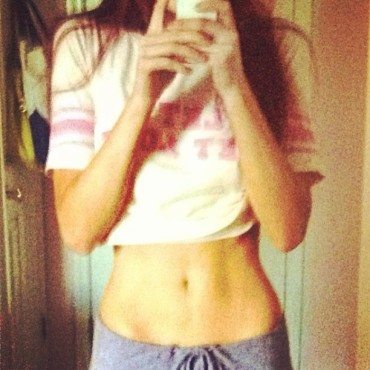 Very nice … and thanks for sharing. Talk about motivation for getting (or staying) in the gym! Props to KD.

THE SANFORD AFFAIR THAT WASN’T

Reporters Schuyler Kropf and Tony Bartleme of The (Charleston, S.C.) Post and Courier have a book out about former S.C. Governor – and newly-elected congressman – Mark Sanford. And not everybody is happy about it. Here’s an exchange on Facebook featuring one of the authors and Clare Morris, Sanford’s former congressional spokeswoman (and later the communications director at the S.C. Department of Commerce). 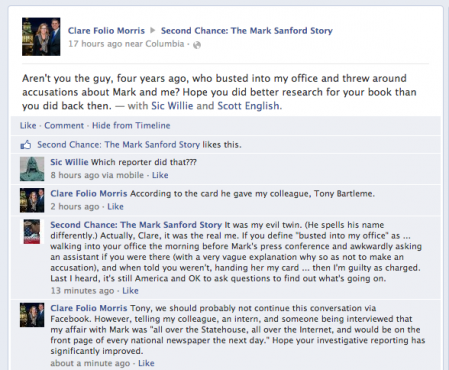 Damn! We love us a good Facebook brawl! And we certainly hope Morris and Bartleme choose to continue their back and forth publicly! Incidentally, Morris has published an interesting recap of her time on Sanford’s recent congressional campaign over on the website BradWarthen.com, which apparently still exists.

Lazenby: About That School Choice Story