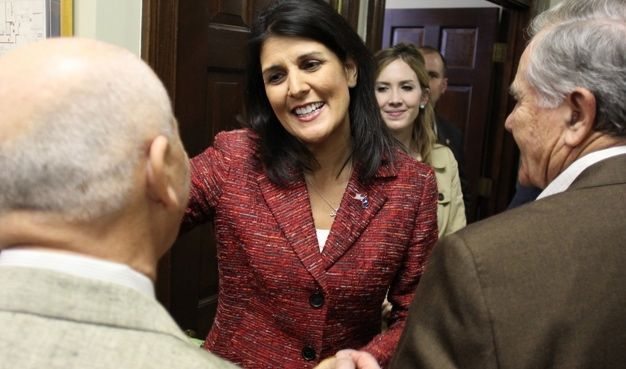 S.C. Gov. Nikki Haley – then running as a  “Tea Party” reformer – pledged on the campaign trail in 2010 that she wouldn’t stop until South Carolina had a “conservative House” and a “conservative Senate.” Of course she has yet to back up that rhetoric – endorsing just one candidate in the 2012 primary cycle. Not only that, Haley actually wound up endorsing fiscal liberals like S.C. Sen. Larry Martin (RINO-Pickens).

How has Martin repaid her? Take a look …

Anyway, this week Haley attacked the one lawmaker she supported in the 2012 primary cycle – S.C. Sen. Lee Bright (R-Spartanburg). What did Bright do? Apparently he hasn’t been sufficiently loyal to Haley on the issue of ethics reform.

“We have fought very hard to make this the year of ethics reform,” Haley told an Upstate radio host this week. “There’s probably never been a time when we’ve needed it more.”

We agree with Haley … although the reason ethics reform is so sorely needed right now is largely due to her brazen corruption. 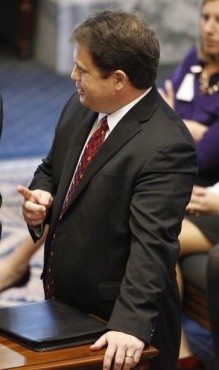 Remember, this is the same politician who was busted hiding tens of thousands of dollars in payments received from a company with extensive business before the state. In 2010, Haley belatedly disclosed that she had received $42,500 in consulting fees over a three-year period from the former Wilbur Smith Associates, which was the lead firm on a proposal involving the relocation of the S.C. Farmer’s Market. These fees were not reported on Haley’s statements of economic interests. In fact, the vast majority of this income ($40,000) was reported by Haley two weeks after the GOP primary election – and mere hours before Republicans voted in a runoff election between her and former U.S. Rep. Gresham Barrett.

Nonetheless, Haley is apparently now the champion for income disclosure – while Lee Bright is public enemy No. 1.

“Senator Lee Bright is not with us and we have to figure out what we need to do to get him to understand that ethics reform is important,” Haley said. “He is with the Democrats in trying to fight it.”

Bright’s Senate colleagues immediately rallied to his defense – and accused Haley of deliberately misrepresenting his position.

“Lee told them (Haley) he wouldn’t support ethics on special order until we get to nullification of Obamacare,” one lawmaker familiar with Bright’s position told us.

“Special order” refers to a preferential spot on the Senate calendar, which means that Bright supports ethics reform – he just supports the nullification legislation more.

And given the weakness of the ethics bill that passed the S.C. House, we can’t say we blame him.

Locally, Tea Party groups also rallied to Bright’s defense, referring to the ethics bill Haley is pushing as a “piece of crap.”