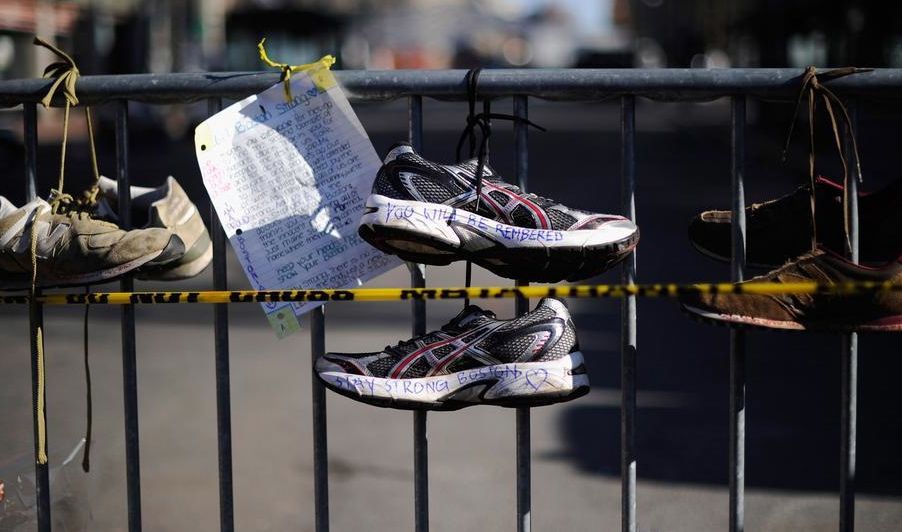 A week after Boston bomber Dzhokhar Tsarnaev’s dramatic capture and  subsequent interrogation by federal agents (prior to being read his Miranda rights), debate is still raging about the decision made by U.S. President Barack Obama’s administration to try Tsarnaev, an American citizen, in the civilian justice system.

Some had urged Obama to declare the 19-year-old an “enemy combatant” and turn him over to the military, wherein his constitutional rights as an American would be suspended. Questions are also being raised as to whether the pre-Miranda interrogation went far enough prior to the suspect being read his rights by a federal magistrate (at which point he was formally charged with two federal crimes).

He will not be treated as an enemy combatant. We will prosecute this terrorist through our civilian system of justice. Under U.S. law, United States citizens cannot be tried in military commissions, and it is important to remember that since 9/11, we have used the federal court system to convict and incarcerate hundreds of terrorists. The effective use of the criminal justice system has resulted in the interrogation, conviction, and detention of both U.S. citizens and non-citizens for acts of terrorism committed inside the United States and around the world.

The system has repeatedly proven that it can successfully handle the threat we continue to face. There are a number of examples of this, high profile examples: the Times Square Bomber, Faisal Shahzad, pleaded guilty and was sentenced to life in prison; Abdul Muttalib, the so-called ‘underwear bomber,’ was sentenced to life in prison; Warsame, a Somalian national and member of al-Shabab and has close associations with al Qaeda in the Arabian Peninsula, is now currently in this system and we have acquired valuable intelligence from him through the process that is allowed in the system. So this is absolutely the right way to go and the appropriate way to go. When it comes to United States citizens, it is against the law to try them in military commissions.

Many politicians, most notably U.S. Senator Lindsey Graham, have questioned this decision – insisting that Tsarnaev, an American citizen, should have been designated an enemy combatant for the purposes of gathering intelligence, despite the fact that this is explicitly illegal under the 2012 reauthorization of the NDAA.

Sec. 1021 -AFFIRMATION OF AUTHORITY OF THE ARMED FORCES OF THE UNITED STATES TO DETAIN COVERED PERSONS PURSUANT TO THE AUTHORIZATION FOR USE OF MILITARY FORCE.

(e) Authorities- Nothing in this section shall be construed to affect existing law or authorities relating to the detention of United States citizens, lawful resident aliens of the United States, or any other persons who are captured or arrested in the United States.

In an interview on CNN last week Graham said, “The reason I’ve been wanting a national security interrogation and not a criminal law interrogation is to have time with this second suspect (Dzhokhar Tsarnaev) to ask him questions about what they know, terrorist organizations involved, other people that may be involved.  I’m not trying to solve a crime. I’m trying to enhance our security and prevent a future attack.”

During a reported sixteen hours of pre-Miranda questioning while laying in his hospital bed, Tsarnaev told federal investigators (mostly in writing due to a neck injury he sustained) that he and his brother were not involved with any overseas terrorists or terror organizations, that they came up with Boston Marathon bombing plan on their own, that they were motivated by religious fervor and resentment about the U.S. wars in Iraq and Afghanistan, and that they got instructions on how to make the pressure cooker bombs they used from the internet, specifically from the online magazine “Inspire,” an al-Qaeda publication.

Apparently, this is not the information Sen. Graham wanted to hear – but authorities used every tool available under the American civilian system of justice – even suspending the suspect’s Miranda rights for reasons of public safety – to get it.

Thus far, there has been no indication that the brothers were part of any organization with which we are at war (currently, that’s al-Qaeda and the Taliban – reading an online al-Qaeda magazine doesn’t make one part of the organization). In the CNN interview, Graham cited statements made by Tamerlan Tsarnaev’s ex-brother-in-law and the men’s uncle about a mysterious Armenian man identified only as “Misha” who may have influenced Tamerlan Tsarnaev’s increasingly radical beliefs as a reason to label Dzhokhar Tsarnaev as an enemy combatant (again, this would be illegal under current U.S. law).

But Tamerlan Tsarnaev is dead and not on trail, and “Misha,” who could be involved or not – or may simply be an easy scapegoat for understandably distressed relatives – has reportedly denied any connection to the events.

During his pre-Miranda questioning, Tsarnaev told interrogators that he and his brother planned to drive the Mercedes they carjacked in Cambridge to New York City and plant some bombs in Times Square. Given that the brothers made no attempt to flee the Boston area until their photos were released on the Thursday after the Boston attack, authorities have described their Times Square bombing plot as “undeveloped” and “aspirational at most,” leading us to believe that is was drawn up in haste, perhaps while they were on the run.

This ill-conceived plot by two fugitives on the run was foiled when they realized there wasn’t enough gas in the car they had just stolen to get to New York.

Now that Tsarnaev has been Mirandized and provided with a federal public defender, he has reportedly stopped answering questions on the advice of his attorney. Given the charges and the affidavit supporting them, the feds appear to many legal observers to have enough evidence to convict Tsarnaev without using any of his statements or any further answers he may give. But Sen. Graham, U.S. Rep. Adam Schiff (D-CA), and others are criticizing the administration’s decision to conduct the proceeding that formally charged Tsarnaev and Mirandize the suspect when they did – which is required by federal rules during a defendant’s initial appearance – out of concern that he will stop speaking to authorities.

Tsarnaev has reportedly exercised his Fifth Amendment right to not incriminate himself on the advice of his public defender. But that same lawyer, recognizing that there is plenty of evidence against his client in the affidavit that accompanies the initial charges – which carry either life in prison or the death penalty – may advise his client that it would be in his best interest to talk in order to make a plea deal that would save his life.

Miami defense lawyer Neal Sonnett told the Associated Press that “this notion that they ‘lawyer up’ and that’s the end of getting any information is just not true.”  In fact, the same AP article reminds us that “Umar Farouk Abdulmutallab of Nigeria, convicted of trying to blow up a packed jetliner using a bomb sewn into his underwear on Christmas Day 2009, also initially answered investigators’ questions and then clammed up once he was read his rights, only to start cooperating again.”

Let us also not forget that Oklahoma City bomber Timothy McVeigh – a U.S. citizen who committed an act of domestic terrorism on American soil – was expeditiously held to account for his crimes in the civilian justice system while being afforded all the rights and protections therein, and his victims got to see him meet his end.

This current debate about how the government should handle domestic terrorism cases stems from the security state that was established by several laws after the September 11, 2001 terrorist attacks. And while the American public is understandably emotional about what happened in Boston, I would hope we have learned from our post-9/11 mistakes. Suspending civil liberties is never the answer to domestic terrorism. We have constitutional rights and a civilian justice system for a reason. Every time we violate those rights or make an exception to those rules, the American collective experiences an erosion of liberty, and we prove ourselves no better than the totalitarian regimes we are fighting against.

These are the very rights other Americans have died – and are still dying – to defend. Let’s not give them up so easily shall we? These are indeed trying times, and the process of bringing terrorists to justice is difficult, but courage does not come from standing up for the constitution and American values when it is easy to do so – it comes from doing so when it is difficult.

Justice is not served by a public lynching – even one dressed up by politicians as a “War on Terror.” Justice is served for both the accused and the accusers – the American people and the victims of this attack – when the alleged bomber is brought to trial to answer the charges brought against him and when the victims of this horrific act of violence are permitted to face him in court.

In other words we shouldn’t cheat Dzhokhar Tsarnaev (an American citizen), the people of Boston, and all American citizens out of their fundamental right to justice in this case.